Why safari lovers should head to West Africa 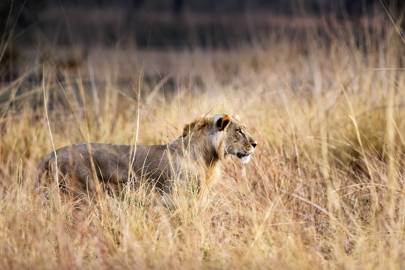 When it comes to safari star power, the great national parks and reserves of southern and eastern Africa – Kruger, Serengeti, Maasai Mara – tend to hog the headlines. But Pendjari National Park is building a compelling case to head west. It’s located in Benin, a tiny, club-shaped nation sandwiched between Togo and Nigeria that’s famed as the birthplace of voodoo. Although less than half the size of the UK, the country has stilted villages and sacred forests, a growing contemporary art scene and deserted Atlantic shores for in-the-know surfers, as well as a fascinating history – its southern region was once the Kingdom of Dahomey, which reigned from the 1600s to the early 20th century.

The kingdom’s legendary all-female military unit was the basis for the play featured in Bernardine Evaristo’s Girl, Woman, Other. However, tucked in the north-western corner and surrounded by the Atakora Mountains, Pendjari is emerging as a new point of interest for intrepid travellers. Its shrub-covered landscape, dotted with hippo-filled lakes, is home to a quarter of the remaining critically endangered West African lions and the largest elephant population in the region, plus buffaloes, leopards and more than 460 bird species. After years of neglect, poaching and illegal tree felling, it was taken over by conservation vanguard African Parks in 2017.

The non-profit has been working with the Benin government, charitable foundations and the local community to protect the area’s ecosystem, bring trade in and, after the kidnapping of two French tourists in 2019, firm up security along the northern border with Burkina Faso. Pendjari is a ‘conservation stronghold’, says Dave Wilson, the organisation’s head of commercial development, and the aim is ‘to realise its potential as an exceptional West African wildlife destination’. Now big brands are paying attention too – Banyan Tree is planning its first safari property in the park, as well as a beachfront hotel on the coast. One to watch.

Why you should be seeking out black-owned safari camps

Why you should be seeking out black-owned safari camps

Is it possible to go on safari sustainably?

Is it possible to go on safari sustainably?

Thailand to reopen to visitors with COVID vaccine