It is, on paper, Manchester United‘s most difficult game of the Champions League group stage. Now there is opportunity, to feather the nest and to put a dangerous Atalanta away. It seems trite to talk about turning points for United – Cristiano Ronaldo‘s winner giving the team three points they scarcely deserved against Villarreal should have been one, but they hardly carried that momentum into the first game with Atalanta, even forgetting Premier League form – but the current week could provide one.

If Ole Gunnar Solskjaer can parlay the weekend win over Tottenham into similarly positive results against Atalanta and then Manchester City, then we can talk about the possibility of a change in course for United’s season.

What they undoubtedly can do is take an enormous step to qualifying for the last 16 by winning in Bergamo on Tuesday night. For starters it would put them five points clear of their hosts with two games to go, and after last season’s group stage campaign fell apart at the hands of Paris Saint-Germain and RB Leipzig after such a bright start, the sooner United can seal the deal, the better.

It feels as if United are in a better condition to do guide it home than they were just a few days ago. Nuno’s sacking might have underlined the current level of difficulties at Tottenham, but United’s Saturday teatime performance in London was purposeful and organised in the way that recent displays have not been.

Just as importantly, the return of some sort of compactness to their form suggests they are in just the right collective shape to defend smartly and counter effectively against their next two opponents.

In the Champions League arena, Atalanta have to go for it this week – as if they really have any other way of approaching things. Their goalscoring capacity is undimmed – they’re going along at nearly two per game in Serie A so far, and the formidable Duvan Zapata has started the campaign in great form. There is, however, something missing so far.

Gian Piero Gasperini’s team snatched a draw against Lazio on Saturday thanks to a late, late goal by Martin de Roon, a rare goalscorer – and it felt as if it was going to take something special to save them as they missed a string of chances, a scenario that will be familiar to those who watched the first game against United. Luis Muriel hasn’t hit consistent fitness or form to date this term and there is more reliance on Zapata than Atalanta would wish.

The suspicion that Gasperini’s team don’t quite have the nerve to close it out against elite opposition – think the late collapse in the 2020 Champions League quarter-final against Paris Saint-Germain – gathered more kindling for the flames at Old Trafford.

There is no doubt that Atalanta belong upon the European elite now but Zapata admitted in the pre-match press conference for this game that he had been “tempted” by the prospect of a move to Inter to replace Romelu Lukaku this summer – so that sense of not being quite at the level of United, Real Madrid and company lingers. United will aim to take advantage of any doubts in Italy this week.

Back Manchester United to beat Atalanta at 2.466/4 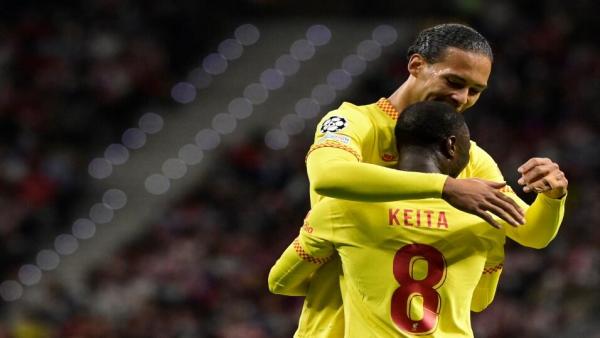 The last two Champions League confrontations between these two have been matches for the ages, and arguably with undeserved winners on both occasions – Atleti at Anfield 18 months ago, and Liverpool in Madrid a few weeks back. It is clear that Diego Simeone‘s team have the greater need here, and they played better than they have done in weeks in Sunday’s resounding 3-0 win over a good Betis side.

Back the draw between Liverpool and Atlético at 4.1

No respite for Barca

Even post-Ronald Koeman the bad news doesn’t stop for Barcelona, with more points dropped against modest Alavés at the weekend in a game which saw Sérgio Agüero withdrawn with chest pains. It is essential – financially at the very least – that Barça reach the last 16 but the returns of Ousmane Dembélé and Frenkie de Jong will be needed in Ukraine, where a big crowd at Olympiiskiy will be behind a Dynamo side yet to lose domestically this term.

Back the draw between Dynamo Kyiv and Barcelona at 4.1

Getting ready for cooler weather

Bani to retire after 50 years in law enforcement