THESE are the six tips you can follow to stay safe while driving in the fog.

Freezing fog has set in across the UK overnight with much of England being affected.

Conditions have meant visibility has fallen below 200 metres – with Big Ben even being hidden.

With travel chaos expected, commuters are being warned to take extra time.

Advice issued by the Met and National Highways says to avoid all travel if possible. 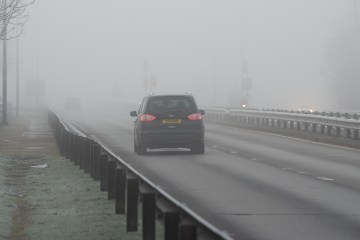 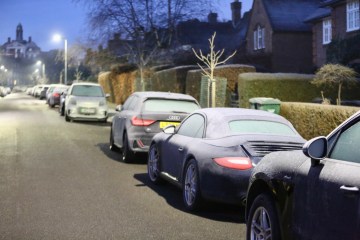 However, if you do need to drive anywhere, you should do so slowly and with dipped headlights.

These are the six things you can do to make your journey safer this morning:

The weather service said: “Freezing fog will lead to difficult driving conditions and could cause travel delays in some areas on Monday.”

While the weather alert is only in place until 11am today, the fog is forecast to return on Tuesday along with patches of rain.

The icy blast has reportedly seen 40 flights due to depart Heathrow cancelled.

As temperatures plummet to -8C in some parts, most of London, Oxford and Nottingham is covered by the warning.