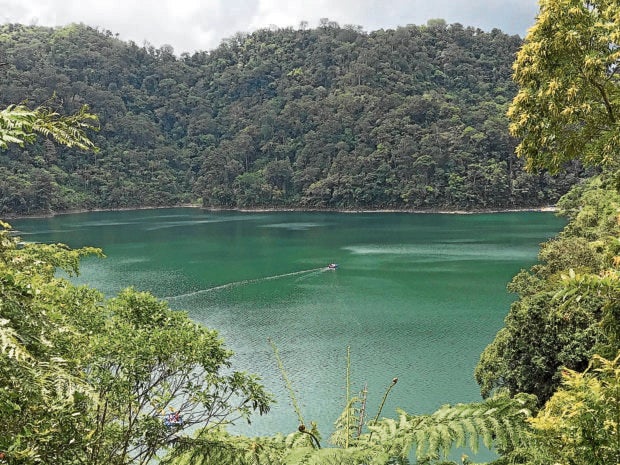 LOSS AND RECOVERY: The Balinsasayao Twin Lakes Natural Park in Negros Oriental was one of the five protected areas whose condition during the pandemic was the focus of recent webinars hosted by the UN Development Fund’s Biodiversity Finance Initiative. —ALEX PAL

MANILA, Philippines — When humanity locked itself at home last year to evade the deadly coronavirus, the world’s flora and fauna that had been constantly crushed under the weight of tourists predictably flourished.

It was true for the Philippines, which has struggled to protect its natural gifts from loose regulations and destructive practices. In some of the protected areas, the respite allowed not only nature to heal but also new species to emerge.

But on the flipside, it hurt the local communities — the sites’ original stewards — that had hinged their survival on both the revenue and human interaction brought by travelers.

For them, the path to genuine, sustainable recovery is somewhere in between allowing visitors back in and keeping, even going beyond, the gains from the two-year standstill.

Like most industries, ecotourism nosedived when COVID-19 struck in March 2020, as stressed by Philippine tourism officials and protected area supervisors (Pasu) in a three-part webinar series recently hosted by the UN Development Fund’s Biodiversity Finance (Biofin).

Globally, per data from the World Trade Organization, the impacts have been dramatic: $850 million in losses from tourism and up to $1.2 trillion in lost export revenues, with 100 million to 120 million jobs on the line.

Of course, less intrusions “allowed our forests, caves and oceans to recover,” said Environment Undersecretary for Protected Areas Edilberto Leonardo. But “ecotourism, one of the lifelines of biodiversity conservation, is struggling to recover,” he said.

Philippine protected areas are funded by the government, as mandated by the Expanded National Integrated Protected Area Systems Act, and by their generated tourism revenues. The funds cover expenses for operations and maintenance, as well as site conservation and management. It used to be that trekking sites like Mt. Pulag National Park in Benguet and Mt. Hamiguitan Range Wildlife Sanctuary in Davao Oriental; wildlife sanctuaries Apo Reef Natural Park in Oriental Mindoro; Balinsasayao Twin Lakes in Negros Oriental and Tubbataha Reef in Palawan; and the urban forest Ninoy Aquino Parks and Wildlife Center (NAPWC) in Quezon City earned millions of pesos annually from tourists alone.

Much of the revenues came from entrance and parking fees, or even photography and filming fees. For example, Hamiguitan, a Unesco World Heritage Site and Heritage Park, charges trekkers P3,000 each to “regulate [their] number in the area [and] to protect its integrity and biodiversity,” said Deputy Pasu Clint Michael Cleofe. “We don’t want its heritage-site status to be revoked, after all.”

Similarly, in Tubbataha, another World Heritage Site, the entry fee is P5,000 per person. The others charge entry fees between P100 and P200; NAPWC charges an additional P5,000 for photo and video shoots. 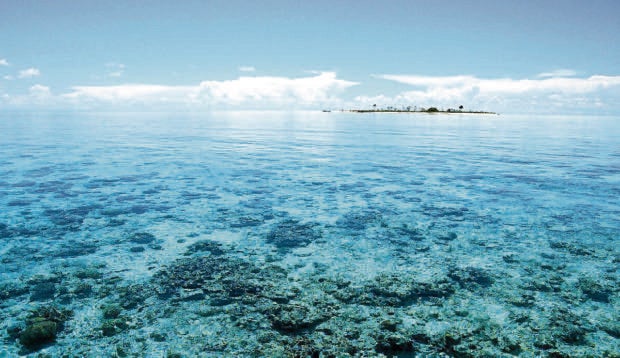 ALL CLEAR Tubbataha Reef National Park in Palawan, one of the country’s protected areas, saw a drastic drop in human activity and tourismearnings because of the pandemic, but its marine life got a chance to flourish. —GREGG YAN/CONTRIBUTOR

But when the pandemic hit, revenues dropped. Money was even scarcer in 2021, as the government could only gradually relax restrictions imposed since March last year. Among the immediate consequences was the retrenchment of park workers and contractual staff, rangers and patrollers, the Pasus said. “We also had to sacrifice some activities [like building maintenance] because we don’t want to deplete our resources” for conservation and biodiversity protection, said Apo Reef Pasu Krystal Villanueva.

“If the pandemic goes on, we estimate that we only have enough funds to sustain our patrolling activities for two to three more years,” she said. “If after that we still can’t entertain visitors, we will be forced only to rely on the budget [from] the government.”

The losses were felt down the line. Resorts and restaurants were shuttered, and locals missed the tourists who patronized their food, homes and custom tours. At Apo Reef Natural Park, the Philippines’ largest reef, cash-strapped guides sold their colorful boats that used to ferry eager tourists. Or they simply went back to fishing, Villanueva said.

Inevitably, the crunch led to illegal logging and wildlife trafficking in these areas. Specifically, the demand for greenery by “plantitos” fueled poaching from public parks and protected forests nationwide, said Pola Geneva Bumanglag of the Biodiversity Management Division. Some losses are immeasurable. “Ecotourism is not merely making money,” said Emerita Albas, Pasu for Mt. Pulag National Park. The highest mountain in Luzon is home to not only hundreds of species of flora and fauna but also the Ibaloi, Kalanguya, Kankanaey and Karao tribespeople who revere it as a sacred place.

“In losing contact with tourists, they lost [the chance for] bonding,” Albas said. “For the indigenous peoples there, to have guests is to have a bond with them.” 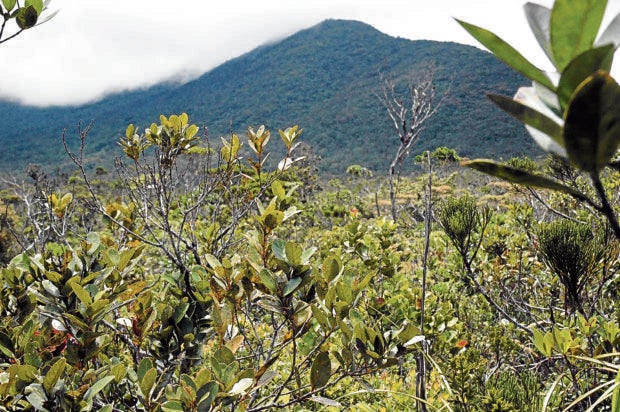 But the pandemic allowed the wildlife to recover. At Apo Reef, for example, 17 new turtle nests and six new bird sightings have been recorded, Villanueva said. One was a Chinese grosbeak (Eophona migratoria), which so far is only the third record in the country and the first in Mindoro.

Balinsasayao Twin Lakes also saw some of its threatened species of flora and fauna regenerating, said Pasu Moreno Tagra. In 2020, they also saw more birds and insect species during their nightly walks.

Two new endemic species of snout beetles were discovered in Hamiguitan last August, Cleofe said. The M. villalobosae and M. gapudi of the genus Metapocyrtus add to the 1,973 species on the mountain, with 341 endemic species that include the critically endangered Philippine eagle and cockatoo.

The closures also allowed the sites to keep pace with the new normal. For example, the NAPWC strengthened its social media presence with videos and photos to draw virtual visitors.

Balinsasayao invited bloggers and influencers to promote the twin lakes to the public, Tagra said.

Many sites introduced cashless transactions and invested in security and surveillance technology. They also organized training and livelihood activities for the displaced locals.

“We cannot afford to not do anything while we are in the middle of the pandemic,” said NAPWC Pasu Melody Ann Malano. “We tried to level up with the times … [We] readied ourselves for when the park will fully reopen to the public.”

As lockdowns ease and vaccinations increase, these sites are eager to see tourists again. But before then, they’re hoping to build back better.

“There are concerns that the industry will just go back to normal and miss the opportunity to transform,” said Dr. Anna Spenceley, a sustainable tourism expert. “[We should instead think about] how we can reestablish visitation without the congestion, so we can have better experiences as visitors and hosts without reducing the financial impact.”

This means rebuilding structures so these are more Covid-resilient, or institutionalizing sustainable health protocols and guidelines.

Tubbataha has modified existing policies to curb negative tourism impacts during and after the pandemic, said Pasu Angelique . Single-use plastics are now banned in the park and divers are mandated to turn each dive into a cleanup drive. Drones that can disturb the rookeries and breeding colonies of seabirds and marine turtles are also banned.

“We don’t want to make their lives difficult,” she said. “We just want to keep biodiversity safe.”

“We hope to welcome many good tourists when the lockdowns lift,” Songco said. “For now and until [we] get through COVID-19, we must learn to be physically distanced but socially engaged.”

Don’t miss out on the latest news and information.