Like the United States in general, shaped by the huge variety of cultures that have reached its shores over the decades, Seattle has an identity carved by the many people who have called it home. Americans seeking freedom, and those with a pioneering spirit, found relatively good opportunities in Washington Territory. Black Americans found leadership roles here, and by 1886 Washington’s First African Methodist Episcopal Church (1522 14th Ave) was established—it still operates on Capitol Hill.

Likewise, Jewish pioneers, also already rooted in the Northwest (in 1875, Seattle elected Jewish Bailey Gatzert as mayor), came from Europe and the Ottoman Empire to work in dry goods, retail, and the fish business. Both Black and Jewish communities mark the Central District as the locus of their Seattle origin stories. The Langston Hughes Performing Arts Institute (104 17th Ave S) is housed in a Byzantine-style former synagogue built by Scottish-Jewish architect B. Marcus Priteca. 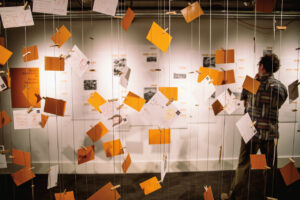 The Klondike Gold Rush in the late 1890s put this upstart Pacific Northwest city on the map, and by the early 1900s, immigrants were coming from far and wide to try on a new life. This era saw the development of the Chinatown-International District, populated by people from China, Japan, the Philippines, and other countries. Now on the National Register of Historic Places, the neighborhood retains its multiethnic composition—and much of the early architecture, too, including brick buildings like the Panama Hotel (605 S Main St) that are still operating after more than 110 years. Step inside the hotel’s teahouse for a glimpse into the basement, where local Japanese residents stored their belongings while they were interned during World War II. 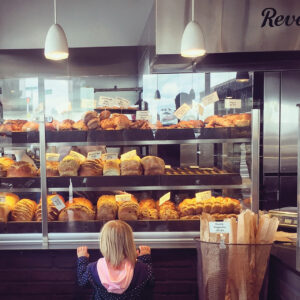 By 1910, people from the Nordic region made up the largest ethnic group in Washington state. To these immigrants, the Northwest reminded them of home, with its majestic mountains and soaring trees. Today, Nordic heritage is most closely associated with the neighborhood of Ballard, where early residents worked as mill workers, fishermen, and boat builders. Attend an event at Sons of Norway’s Leif Erikson Lodge (2245 NW 57th St), indulge in a flaky Kringle pastry at Larsens (8000 24th Ave NW, or nibble on fresh pickled herring or Scandinavian candies at Scandinavian Specialties (6719 15th Ave NW).

In the present day, it’s people of Hispanic or Latino origin who make up the biggest group of immigrants in the state. In the wake of World War II and the decades that followed, many families—from countries including Mexico, El Salvador, Guatemala, and Nicaragua—moved to the area for economic opportunities and to escape political turbulence. Many settled in the South Park neighborhood, where you can find authentic Mexican food and, in Cesar Chavez Park (700 S Cloverdale St), the granite sculptures by renowned artist Jes s Bautista Moroles. On Beacon Hill, El Centro de la Raza (2524 16th Ave) offers social services, classes, and events, and it provides immigrants with support and protection.