The Stellantis NV brand on Wednesday debuted online the all-new two-row model of its best-selling SUV that will be built at its Detroit Assembly Complex. Vehicles will hit dealer lots starting before the end of the year with the new 4xe hybrid model available in the U.S. after the new year and worldwide after that. Pricing was not immediately disclosed. 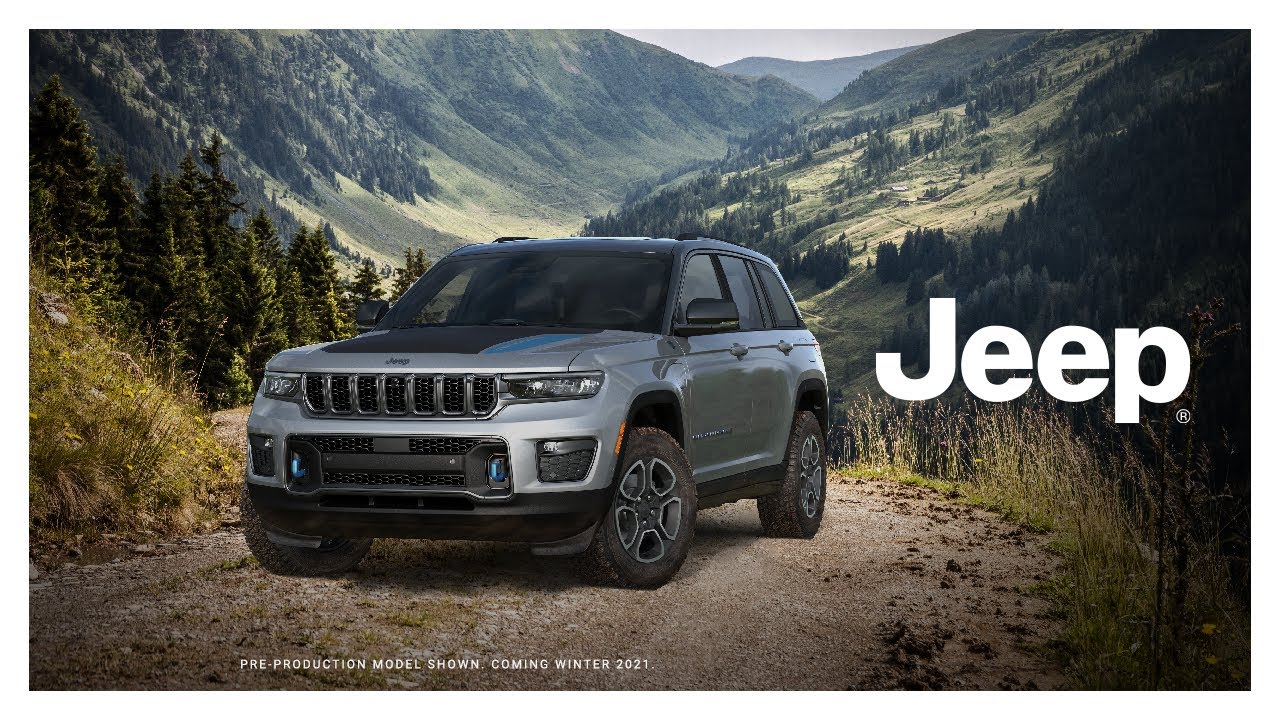 Jeep touted the seven-trim lineup that includes the off-road-ready Trailhawk as the most capable version yet of its most-awarded SUV. Based off the same architecture as the new three-row Grand Cherokee L that Jeep launched earlier this year, the two-row’s wheelbase is 5 inches shorter at 116.7 inches.

“It’s the whole package,” said Jim Morrison, head of the Jeep brand in North America. “It’s a combination of four-wheel-drive, capability, technology, luxury, safety. It’s all of the things our customers expect from us in a Grand Cherokee.”

The lineup includes Laredo, Altitude, Limited, Overland, Trailhawk, Summit and Summit Reserve trims. The 3.6-liter Pentastar V-6 engines comes standard, rated at 293 horsepower and 260 pound-feet of torque with a 6,200-pound towing capacity and estimated driving range of more than 500 miles. The 5.7-liter V-8 engine is available on the Overland and above, offering up to 7,200 pounds of towing.

Jeep’s 4xe variant comes with a 2.0-liter, four-cylinder turbocharged I-4 engine on the Limited and above. The brand is targeting 25 miles of all-electric range, 47 miles per gallon equivalent and a combined driving range of more than 440 miles. The system includes regenerative braking. The 4xe models offers 375 horsepower, 470 pound-feet of torque and a maximum 6,000 pounds of towing, Jeep says.

It’s the latest step on the way to Jeep offering a fully electric vehicle in each of its segments by 2025. The Wrangler 4xe became available earlier this year and was the best-selling plug-in hybrid in the country in the second quarter, according to the brand. The Grand Cherokee 4xe will compete with the likes of the hybrid versions of the Kia Sorento and Toyota Highlander.

“Some people see electrification as a constraint — we see that it’s a big opportunity for Jeep, because it’s an opportunity to amplify our DNA,” Jeep CEO Christian Meunier said. “You can drive in silence in nature, and you’ll have a ton of torque, so it’s a lot of fun to drive.”

Drivers can select their desired powertrain mode with buttons on the instrument panel. The batteries and controls mount underneath the vehicle and are packaged by steel skid plates for protection. Jeep also re-engineered the exhaust system for sound quality.

“For the fifth generation, we knew electrification was a requirement,” Tom Seel, chief vehicle engineer for the Grand Cherokee, said in a prerecorded briefing. “But not only that, it was a requirement to not compromise any of the customer package or comfort.”

The Trailhawk 4xe conquered California’s Rubicon Trail in silent, full-electric mode, according to Jeep. It offers 10.9 inches of ground clearance, 24 inches of water fording and a 47.4:1 crawl ratio.

The new model features a sway bar disconnect for improved stability, articulation and traction over rocks and rough terrain that offers a 20% improvement in its ramp travel index score. The Quadra-Drive II system can transfer 100% of torque between the vehicle’s left and right sides. The Trailhawk has 18-inch, all-terrain tires.

The vehicle gets a slightly lowered, tapered roof to improve aerodynamics. A lower beltline offers greater outdoor visibility. A wider and larger seven-slot grille and new front fascia conceal a long-range radar system and other technology. A gloss black roof is available for the first time on Overland models. Up to 21-inch wheels are available.

The 2022 model is the first Grand Cherokee with front axle disconnect that automatically switches between two-wheel and four-wheel drive based on what the system senses road conditions are to reduce drag and improve fuel economy.

Production of the Grand Cherokee will begin at Jeep’s new Mack Assembly Plant in Detroit. It also is slated to be assembled at the adjacent Jefferson North Assembly Plant following a $900 million update. The company sold almost 108,000 Grand Cherokees in the United States in the first half of 2021, up 12% year-over-year.

“It’s a staple of the Jeep lineup,” said Stephanie Brinley, principal autos analyst for the Americas at IHS Markit Ltd. “We’ve already seen the long wheelbase. We know the technology is great, the interiors are strong, and it’s well-crafted and well-refined. The expectations have been set. They have to keep doing what they are doing and do it well like they have with Grand Cherokee.”

A global semiconductor shortage this year has made that difficult. Jefferson North, which is building the previous-generation Grand Cherokees, has idled for the past two weeks. The sudden pandemic-induced scarcity didn’t provide the time to make semiconductor-related adjustments to the next generation, Meunier said.

Still, he said, “We’ve been able to protect the launch of the … three-row that was launched three months ago and the Grand Wagoneer launched last week. We’re confident we can launch the two-row on time, as well.”

The new Grand Cherokee also gets the five-times faster Uconnect 5 infotainment system. There’s a 10.1-inch digital cluster and touchscreen radio as well as an available 10-inch head-up display projected on the windshield. The center console can hold two wireless devices and a wireless charger. A 19-speaker McIntosh audio system is available.

The driver’ isn’t the only occupant with the technology. The Grand Cherokee features a segment-first 10.25-inch front passenger screen and rear-seat entertainment system with Amazon.com Inc.’s FireTV.

The 2022 model offers almost 144.6 cubic feet of interior passenger volume and 37.7 cubic feet of cargo space — enough to fit a set of golf clubs diagonally, according to Jeep.

The brand originally teased the 4xe model during its EV Day in July. The vehicle was supposed to be revealed last month during the New York Auto Show, but the event was canceled amid rising cases of COVID-19.

The newly unveiled lineup of the 2022 Grand Cherokee does not include a Trackhawk version featuring the 6.2-liter supercharged Hemi V-8 engine.

“There are a lot of things we can do with that platform,” Meunier said. “We’re going to have a few more things in our sleeves during the lifecycle.”

What it’s like to move to Mexico, Greece and Costa Rica