Israel’s top health official suggested Sunday that COVID-related travel restrictions could be imposed on some European countries, due to rising infection levels in some parts of the continent.

“We may return to classifying some countries as red, and then it will be prohibited to travel to them,” Nachman Ash, director-general of the Health Ministry, told the Ynet news site.

Though Ash did not specify which countries are possibilities for health officials’ recommendations to reimpose travel restrictions, Hebrew media reports identified several destinations that are under review, with Austria at the top of the list.

The Austrian government has ordered a nationwide lockdown for unvaccinated people starting midnight Sunday to slow the fast spread of the coronavirus in the country. Authorities are concerned about rising deaths and that hospital staff will no longer be able to handle the growing influx of COVID-19 patients.

In addition to Austria, other countries under consideration are Bulgaria, Poland, Ukraine, Romania, Belgium, and the Netherlands, the Kan public broadcaster reported. However, Health Ministry officials are reportedly discussing a plan that would allow travel to the Netherlands and Belgium, even if they turn red, including requiring travelers to enter quarantine for a short period when they return, as well as the COVID-19 tests that all arrivals must take before boarding return flights and at Ben-Gurion Airport.

A meeting of ministry officials later this week will take a close look at Austria, Channel 12 news reported, with a view to labeling the country red. Another course of action under consideration is requiring all arrivals in Israel, including those who have been triple-vaccinated, to take an additional virus test on the third day after they reach the country.

Speaking to Ynet, Ash said only that there are weekly meetings to decide if any countries need to be classified as red, and cautioned that counties could go red and become prohibited for travel from one week to another, depending on infection rates.

However, there is “no intention” to bar the entry of tourists or reimpose sweeping restrictions on travel abroad, Ash said, noting that currently, the number of infected travelers among arrivals at Ben Gurion Airport is low.

But, “as long as the disease exists in certain places in the world… then there is a danger of bringing in morbidity.”

Ash attributed the current coronavirus outbreaks in Europe to the declining effectiveness of vaccination against COVID-19 over time.

Health offices are monitoring the effectiveness of the booster shots given in Israel, he said, and so far they have not seen a deterioration as there was with the second vaccine shot.

“We hope that the booster will hold for a longer time, more than six months,” Ash said. 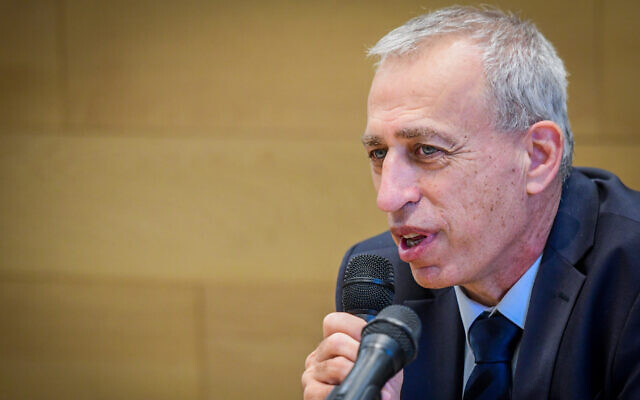 At the beginning of October, Israel removed Turkey, Bulgaria and Brazil — the last three locations — from a list of red countries considered to have particularly high rates of coronavirus infection, enabling Israelis to travel anywhere.

Israel in August became the first country in the world to begin rolling out booster shots as health officials scrambled to contain the Delta variant, and after finding that the protection offered by its initial two-dose vaccine campaign began wearing off after some five months.

Having apparently curbed a fourth wave of virus infections, Israel this month began relaxing restrictions that had almost entirely prevented tourists from visiting the country.

Last Thursday, the government approved a plan to allow tourist groups to enter the country even if its members received their last vaccine dose more than six months ago.

That is not the case with individual tourists, who are currently only allowed to enter Israel if they have received a third booster dose or if their second vaccine doses was less than six months ago.

Until last week, the vast majority of noncitizens had effectively been banned from entering Israel since the start of the coronavirus pandemic. On November 1, rules changed to allow in noncitizens who were vaccinated during the 180 days before they boarded their plane to Israel. Fourteen days must elapse between the traveler’s second or third shot and entry to Israel (for Johnson & Johnson, only one dose is required).

Reopening the borders was seen as a vital step toward restoring Israel’s tourism industry, which has been devastated by the pandemic and accompanying restrictions.

In Streetwise Hebrew for the Times of Israel Community, each month we learn several colloquial Hebrew phrases around a common theme. These are bite-size audio Hebrew classes that we think you’ll really enjoy.

This month, we’re learning phrases on the topic of strength and power. Ready to get tough with us?

Already a member? Sign in to stop seeing this


You’re serious. We appreciate that!


We’re really pleased that you’ve read X Times of Israel articles in the past month.

That’s why we come to work every day – to provide discerning readers like you with must-read coverage of Israel and the Jewish world.

So now we have a request. Unlike other news outlets, we haven’t put up a paywall. But as the journalism we do is costly, we invite readers for whom The Times of Israel has become important to help support our work by joining The Times of Israel Community.

For as little as $6 a month you can help support our quality journalism while enjoying The Times of Israel AD-FREE, as well as accessing exclusive content available only to Times of Israel Community members.

Already a member? Sign in to stop seeing this