Learn about the state’s rich heritage of ranching, mining and homesteading

Romanticized for generations through movies, television and books, the Old West goes far beyond the surface impressions of Stetson hats, saloons and railroad barons. Cowboy culture traces its roots to the 16th century, when Spanish settlers introduced domesticated horses, cattle and sheep to North America. The most potent vision of the “Wild West” in the public imagination remains the 1800s, when ranchers, miners and pioneers populated the region. Colorado remains a global ranching capital, and your group can experience the state’s rich Western heritage in its many museums, historic sites and rodeos.

Orient your group to the region’s cowboy history at the ProRodeo Hall of Fame & Museum of the American Cowboy in Colorado Springs. Visitors can explore the immense exhibition hall that houses saddles, chaps and other equipment from centuries of rodeo history, and the Hall of Champions honors wranglers, stock contractors and rodeo clowns that contributed to rodeo culture. Step into the spurs of 19th century settlers at Colorado Springs’ Ghost Town Museum. Visitors can walk down a wooden promenade through an immense indoor recreation of a pioneer village that consists of preserved artifacts and buildings from the Pikes Peak area. Test your aim at the shooting gallery, try your hand at a printing press and pan for gold.

Learn about the profound and underrepresented influence African Americans had upon Western expansion at the Black American West Museum & Heritage Center. Located in the former home of Dr. Justina Ford (the first Black female doctor in Denver) the center profiles black cowboys, homesteaders and lawmen as the American West rapidly developed after the Civil War. Also in Denver is the History Colorado Center, which explores Colorado’s development and the expansion of the American West in 15 exhibits across four floors. 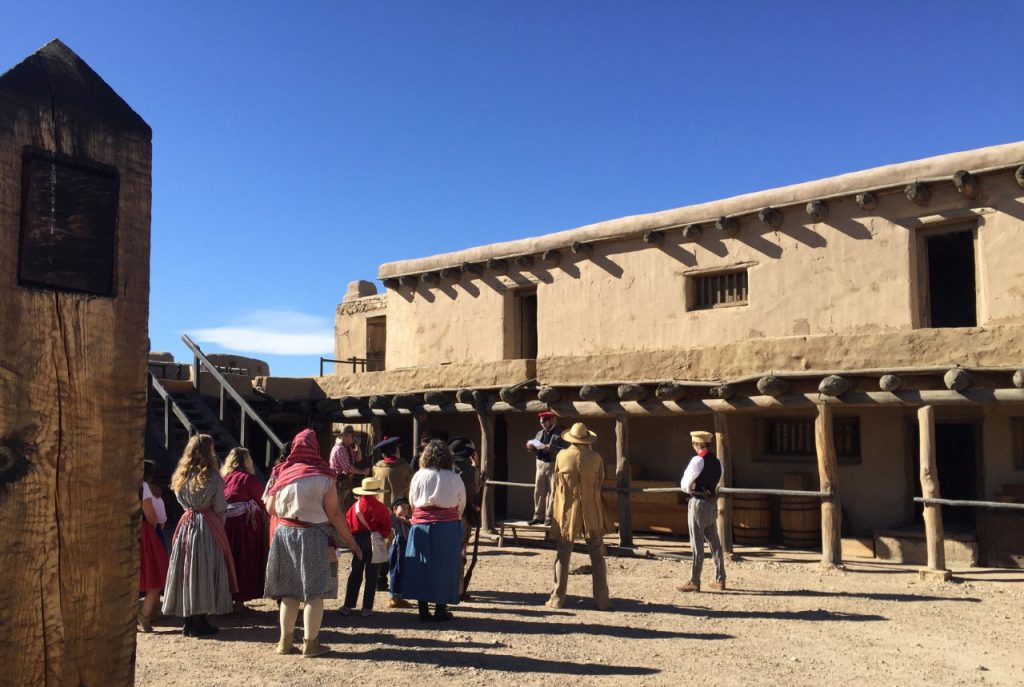 Groups can learn much more about cowboy history by venturing beyond the cities to interact with the authentic ranchers and visit settlements that have stood for centuries. Bent’s Old Fort in Colorado’s southeastern corner was once a thriving trading post that connected fur trappers, westward pioneers and the Cheyenne and Arapaho tribes. Register for an interpretive tour to interact with costumed craftspeople and walk the ramparts of this adobe structure to learn how these disparate groups interacted during the fort’s heyday in the 1840s. The Fort in the town of Morrison was built in 1962 to match the style of Bent’s Old Fort, including an authentic adobe foundation and furniture and doors constructed using 19th century techniques. Groups can call ahead to tour the campus and learn about Colorado’s Western past before enjoying entrees of bison, elk and quail in addition to the signature house cocktail that was served in Bent’s Old Fort in 1833 (which consists of bourbon, sugar and mint).

You can also learn about Rocky Mountain history at the Gunnison Pioneer Museum, a 14-acre campus that consists of 30 buildings. Tour a preserved schoolhouse, post office and rail depot to learn about the Native Americans and settlers who made a home of this rugged region. If you are staying in the Denver area, venture into the mountains to visit the Buffalo Bill Grave & Museum. The resting place of America’s famous cowboy and showman includes artifacts from the touring Buffalo Bill’s Wild West Show, a peace pipe that belonged to Lakota leader Sitting Bull and beautiful views of downtown Golden.

Colorado’s signature Western event is the rodeo. Originally developed as a showcase for vaqueros and cowboys to display their roping and livestock herding skills, rodeos have developed to showcase the ranching lifestyle with a broad array of skills competitions, live music, food and art. Dating back to the late 1800s and once the largest fair in the world, the Greeley Stampede is a massive festival that welcomes over 250,000 annual visitors and features bull-riding, displays by local artists and performances by internationally renowned country singers. Visitors can watch over 100 cars become rubble in a demolition derby, catch a variety of roping competitions and see beautiful Western-inspired paintings and sculptures at the art show. 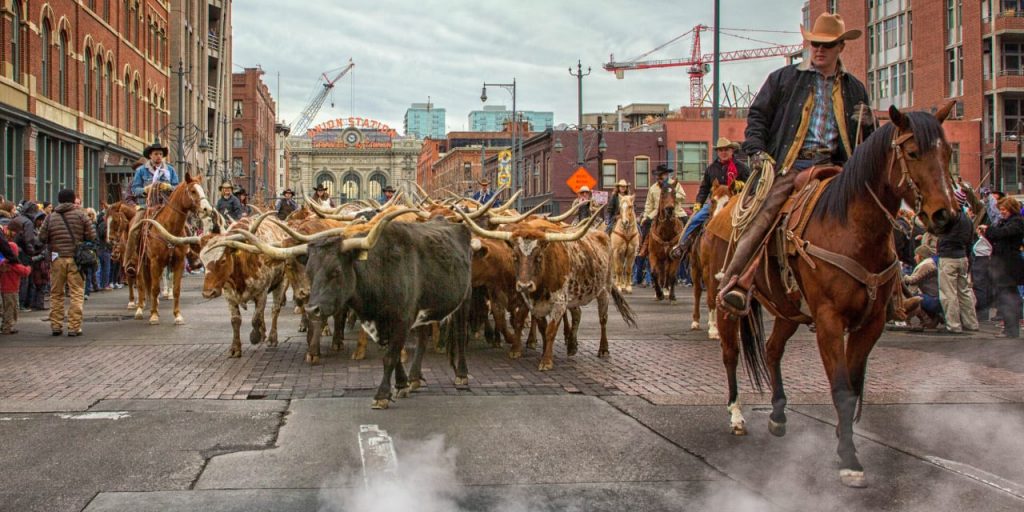 Another must-see spectacle is the National Western Stock Show just north of Denver. Hosting over 15,000 animals, the event includes bull-riding competitions, barrel racing and booths that sell authentic Western ware like cowboy boots, belts and blankets. Groups can also watching trick roping at the Mexican Rodeo, learn about unsung history at the African-American Heritage Rodeo and enjoy impressive tricks during the Super Dogs show. Hosted annually in the fairgrounds outside of Pueblo, the Colorado State Fair will appeal to every member of your group, whether you want to admire the local livestock or indulge in a funnel cake.

Is your group hankering for an interactive cowboy experience? Flying W Ranch in the foothills of Colorado Springs offers dinner & show in an operating cattle ranch. Sit down for a famous three-course chuckwagon feast and enjoy delights like the mouthwatering meats, Dutch-oven buttermilk biscuits and savory trail beans while being serenaded by one of the country’s oldest cowboy singing groups in their brand-new performance venue. The Flying W Ranch is also a great place to learn new skills and understand more of daily life in the Old West. Try your hand at Navajo rug weaving, silversmithing, horse shoeing or hat making, and get up close with the many ranch animals living on site.