The number of workers on official furlough programs in Taiwan fell in the first week of this month as people began to travel for summer holidays, enabling some businesses to end unpaid leave programs, the Ministry of Labor said on Friday.

Data compiled by the ministry showed that the number of workers on unpaid leave from July 1 to Thursday fell to 18,081, down 4,098 from 22,179 in the previous report released on July 1.

The number of companies with furlough programs in place also fell by 548 from a week earlier to 2,479, the data showed. 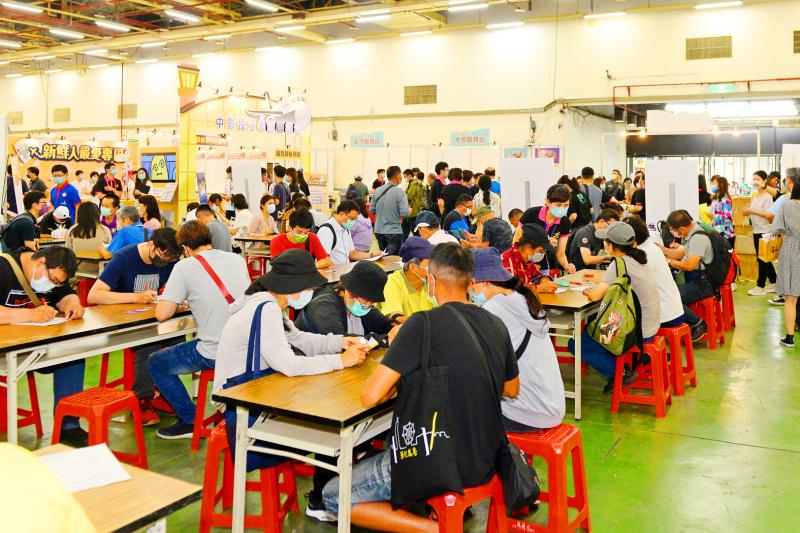 Photo courtesy of the Workforce Development Agency, Ministry of Labor

Additionally, people are more willing to leave home and spend at shops and restaurants, Huang said.

The fall in the number of furloughed worker largely came from travel agencies, entertainment facilities and leisure businesses, he said.

As of Thursday, the number of furloughed workers in the support service industry, which includes travel agencies, fell from 9,420 a week earlier to 7,662, while the number of employers with unpaid leave programs also fell from 1,548 to 1,310, the data showed.

The number of workers taking unpaid leave in the entertainment and leisure sectors dropped by more than 300, or 75 percent, from about 400 a week earlier, Huang said.

The lodging and food-and-beverage industry also benefited from a summer vacation boost, with the number of furloughed workers dropping from 6,547 to 5,483 during a one-week period, the data showed.

The number of furloughed workers in the transportation and warehousing industry fell from 1,313 to 1,263 in the week, while the number in the retail and wholesale sectors dropped to 1,294 from 1,661 as consumption rose, the data showed.

Comments will be moderated. Keep comments relevant to the article. Remarks containing abusive and obscene language, personal attacks of any kind or promotion will be removed and the user banned. Final decision will be at the discretion of the Taipei Times.