Energy Roundtable: Our Best Stock Ideas for the Next Decade

Long-term investing is a lot easier when you start thinking about what companies can be a decade from now and what they are today. In a world where disruption is happening all around us, there are a lot of great growth stocks to be excited about.

We invited three Fool.com contributors to highlight the stock they’re most excited about when considering the next decade, and General Motors (NYSE:GM), Brookfield Infrastructure (NYSE:BIP), and Lucid Group (NASDAQ:LCID) made the top of the list for very different reasons. 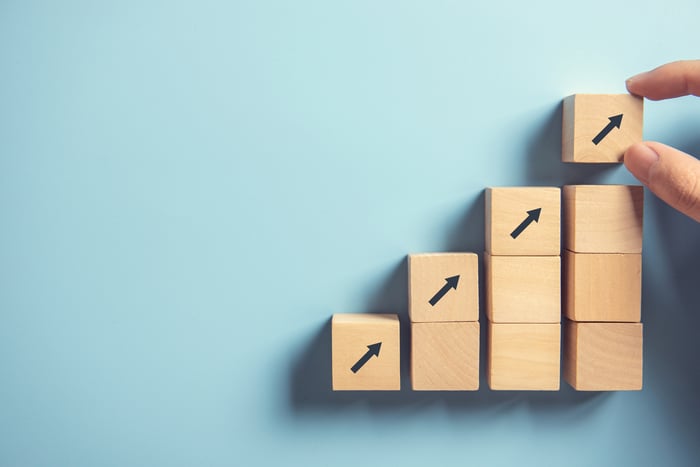 The future of transportation

Travis Hoium (General Motors): I’m going to take a liberal view of “energy” and pick a company that has a big role in how we consume energy. One of the trends I’m most excited about is autonomous driving. There are more than a dozen companies building autonomous driving technology, and it’s starting to show up in automobiles we can buy today. But it’s not autonomy in a GM vehicle that makes me excited about the stock but rather the company’s ownership of autonomous ride-sharing company Cruise.

Cruise is one of the first companies in the world to be licensed to take customers on a fully autonomous drive without a safety driver. And it’s testing a custom-built, autonomous ride-sharing vehicle called the Cruise Origin manufactured by GM.

Fully autonomous rides could upend how we think about transportation. They could make the idea of spending tens of thousands of dollars on a vehicle seem outdated, especially if rides across town are just a few dollars. Long term, building customized autonomous vehicles will allow for lower costs per mile, and distribute the manufacturing and technology costs across potentially millions of drivers.

Cruise is already valued at over $30 billion, and GM still holds the largest (believed to be the majority) stake in the company. If autonomous ride-sharing is the future of transportation, as I believe it is, GM will be a leader, and that’s why I’m excited about the stock for the next decade.

Howard Smith (Brookfield Infrastructure): A core investment for your portfolio over the next decade should include both risk and diversity. But it’s more advantageous if the risk can be put in the hands of experts. While past performance doesn’t necessarily reflect future results, global infrastructure company Brookfield Infrastructure has outperformed the S&P 500 index’s total returns over the past 10- and 20-year periods. 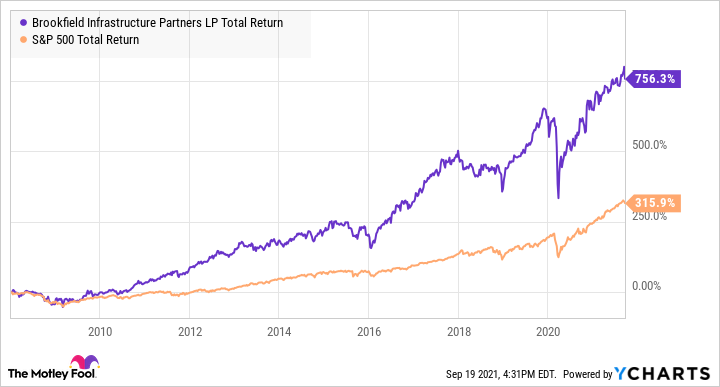 Management recycles capital among investment assets, extracting value through growth and then moving into areas of higher potential returns. Much of its capital is currently in global energy infrastructure assets, including its newest $2 billion investment to privatize Canadian midstream pipeline operator Inter Pipeline (TSX:IPL). Brookfield management said in its second-quarter financial report that closing that acquisition “will mark the start of the next expansionary period for our business, which should drive strong FFO [funds from operation].” FFO is a preferred metric for measuring operating performance among asset-heavy businesses typically associated with real estate investment trusts (REITs).

Of the almost $400 million in Brookfield’s FFO reported in its second quarter, a significant portion came from its utility and transport segments, and its midstream energy assets. Transport FFO includes contributions from liquid natural gas (LNG) export terminals. The balance is invested in data infrastructure, including telecom tower and fiber infrastructure.

Brookfield Infrastructure has increased FFO by almost 900% in the past 10 years. The next decade may not be as impressive, but management has proven adept at investing in valuable assets and then realizing that value for owners. It then recycles those assets to generate capital for newer assets with higher current potential returns. Most of that capital is currently in highly diversified, global energy assets. Based on historical performance, investors should be able to trust that management’s expertise in the sector will continue to pay off over the next decade.

The EV revolution has finally arrived

Daniel Foelber (Lucid Group): No one has a crystal ball, but sometimes the most obvious trends are hiding in plain sight. To beat the market in the 2010s, an investor had to do little more than recognize the internet was going to get larger and faster. Everything that followed — from software to streaming to smartphones to digital payments — is simply a product of that larger trend.

The idea that passenger cars will transition from the internal combustion engine to the electric motor has solidified in recent years. There’s no denying that Tesla was instrumental in this transition. But today, we have nearly every major legacy automaker (and a suite of new companies) competing in the EV space. Investing in EVs could be the best idea for the next decade. How to do it is the harder question.

For most investors, simply buying a basket of automakers, charging-infrastructure companies, parts suppliers, utilities, and other businesses that will grow alongside the industry is likely the best option. There’s a fair share of risk in this strategy as many companies could lose value or underperform the market. But those that succeed could produce returns that offset losses and then some.

If I personally could only choose one stock, it would be Lucid Group, but that’s because I have a high-risk tolerance, am in my mid-20s, and want to follow the growth story for years to come. Technology and a strong management team are advantages that allow companies to stay ahead of the competition. Lucid Group has yet to reach mass production of its highly anticipated Lucid Air sedan, let alone prove that it can turn a profit. Despite these uncertainties, it’s already valued at over $40 billion. For comparison, Ford has a $55 billion market capitalization.

Lucid is undeniably an expensive stock. But it is the king of range, becoming the first Environmental Protection Agency-rated vehicle to be able to travel over 500 miles on a single charge. A first-mover advantage can be a great way to get a leg up on the competition, especially in a new industry. However, Lucid believes it has a second-mover advantage by not having to invest in its own charging network. Another advantage is the favorable timing that comes with scaling in lockstep for what is expected to be a surge in EV demand over the coming decade. As mentioned, the investment thesis for Lucid is only going to appeal to a handful of investors. Either way, selecting a basket of EV stocks that fit your risk tolerance and holding them could be a great move for the next decade.

Each of these companies has a bright future for very different reasons. GM could disrupt transportation, Brookfield Infrastructure is steadily building a cash flow monster, and Lucid is trying to redefine automobiles. If they succeed, they could generate market-crushing returns over the next decade.

This article represents the opinion of the writer, who may disagree with the “official” recommendation position of a Motley Fool premium advisory service. We’re motley! Questioning an investing thesis — even one of our own — helps us all think critically about investing and make decisions that help us become smarter, happier, and richer.