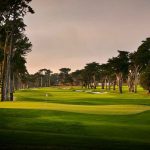 Golf is booming all around the country.

But in California, where I live, the boom has coincided with something more explosive: a housing crisis that only seems to be getting worse.

The causes of the problem are deep-rooted and complex, which means that the solutions aren’t easy, either. But in the state legislature, in Sacramento, lawmakers have taken up the question of whether golf can be part of the fix.

That topic is charged, too.

If you follow the headlines, you may have read about a California bill known as AB672. It is listed on the docket under the heading, ‘Publicly owned golf courses: conversion: affordable housing.’

Which pretty much sums it up.

The proposed legislation would modify the status of many California munis, stripping them of the protections afforded parks, tennis courts, soccer fields and other public open spaces, allowing them to be repurposed into housing built through public-private partnerships.

AB672’s author is Cristina Garcia, a State Assemblymember who represents a district in east Los Angeles. When I spoke with her late last spring, shortly after she first brought the bill to the floor, Garcia told me that she had no gripe with golf. She simply wondered whether, in densely populated areas of the state, munis were the best use of public land. AB672, she said at the time, was her way of “planting a flag in the ground and starting a conversation.”

There has certainly been a lot to talk about.

Advocates for golf have made it clear that they aren’t buying what Garcia is selling.

They see AB672 as a Trojan horse, an anti-golf measure disguised as a housing bill, one that’s woefully misguided for all kinds of reasons, fueled by political expediency but also shaped by stereotypes and falsehoods that have long dogged the game. What will happen to AB672 in the legislative grind is impossible to say. But regardless of its future, the bill has brought golf’s most stubborn optics problems into relief.

Anyone who knows the game knows that it has a split personality. One side of its character is high-end and exclusive, sometimes insufferably so. But then there’s all the rest.

According to data from the National Golf Foundation and the Southern California Golf Association, 22 percent of courses in California are munis. They represent about 45 percent of rounds played, and some 90 percent of the game’s growth and diversity programs.

That’s a lot of tee times today, with the prospect of many more tomorrow. But not enough to change some widely held perceptions. When some people look at golf, the only game they see is the one that Malcom Gladwell took aim at in his 2017 bombshell of a “I hate golf and here’s why you should, too,” podcast. In it, Gladwell trained his ire on private clubs in Los Angeles, decrying them as real-estate tax boondoggles that provide the super-rich with swish playgrounds at the public’s expense.

Golf makes an easy target for pundits and politicians alike, and not entirely without justification.

The irony is, when critics sling their arrows—whether through podcasts or proposed legislation—at a game that they regard as elitist, it’s rarely the gilded side of golf that takes the hit.

As golf’s defenders see it, the same dynamics that animated Gladwell’s broadside also underpin the thinking behind a bill like AB672, among other efforts that put munis in the crosshairs.

California has seen plenty of them before.

In 2007, for example, a neighborhood coalition in San Francisco mounted a campaign to turn Lincoln Park Golf Course, a muni on the shoulder of the Golden Gate, into soccer fields and an event center. Never mind that Lincoln sits on hilly land poorly suited to soccer, or that part of the course lies over an abandoned cemetery (good luck getting permission to move earth there!), the movement gained momentum. So real was the threat to Lincoln that it inspired the creation of the San Francisco Public Golf Alliance, a nonprofit advocacy group that has since fought for years to stave off the closure of Sharp Park, an Alister Mackenzie-designed muni just south of San Francisco. Both Sharp and Lincoln are still alive, but so are critics who would like to see them put to other use.

In California, most assaults on munis have come from the political left, energized by the view of golf as an environmental bogeyman or an affront to equity or some combination of the two. But munis catch flak from the other flank, too. Over the years, I’ve stopped counting the number of times I’ve heard golf-course operators of conservative leaning blast munis as being anti-competitive operations that keep greens fees artificially low through government subsidy. Some have told me they aren’t sure that munis should even exist.

Overall, though, people who have golf’s best interests in mind seem to understand that now is not a time for the game to be divided against itself.

One of those people is Tom Hsieh.

Hsieh is a San Francisco native in his mid-50s who holds the lease with the city to run Gleneagles, a nine-hole muni in South San Francisco that he grew up playing. He  is also a former political consultant and one of the co-founders of the San Francisco Public Golf Alliance.

Some 15 years ago, when he helped spearhead the effort to protect Lincoln Park, Hsieh says that local golfers were poorly organized and disinclined toward activism.

“They were mostly fat and happy with the access that they had,” he says. “We had to wake people up to the fact that they had to be ready to fight or their course was going to go away.”

Where Lincoln Park was a backyard battle, AB672, Hsieh says, is something else: a “perfect storm on the state-wide level,” powered by one of California’s most pressing concerns.

Whether AB672 is a smart way to address it is another matter. In Hsieh’s view, the bill isn’t just flawed for being blind to the large and diverse populations that munis serve; he says it also runs counter to other state legislative efforts to create more housing along transit corridors, where most golf courses aren’t, in the name of greener, more sustainable cities.

“The whole idea was supposed to be to keep people out of their cars, reducing emissions and congestion,” he says. “Taking golf courses and turning them into housing goes against these progressive ideas.”

For Hsieh and others in his camp, though, perhaps the most alarming aspect of the bill is the dangerous precedent they say it sets by singling out golf from other forms of recreation.

“What happens if we amend this bill to include parks, swimming pools, soccer fields, badminton courts?” Hsieh says. “If you’re going to go after golf, what’s next? Once that domino falls, it’s on. Anything is fair game.”

AB672 still has a way to go to make it into law, with a winding path through various committees before it could even get to the governor’s desk.

But most golfers understand the perils of complacency. You post a few good scores, reel off a few straight birdies—just when you think you’ve got a handle on the game, the fates conspire to knock you down.

What’s true on the course applies in the political arena, too.

“We can’t afford to let our guard down,” Hsieh says.

Working to golf’s advantage is the current boom. Tee sheets are packed with Covid-era converts and others who have been either newly introduced or freshly reawakened to the magic of the game. More people than ever recognize golf’s value.

Golf, Hsieh says, is also now far better organized politically than it used to be.

Since so much of politics is perception, the battle around AB672 will hinge in part on the game’s ability to present a fuller picture of itself.

That picture could include a scene I took in the past Friday morning, when I dropped by Metropolitan Golf Links, better known as Metro, a muni stretched beside the Oakland airport. I was hoping to catch up with Nate Jackson before he teed off with his roving men’s group.

Jackson is 81, and like most Black golfers of his generation, he wasn’t welcomed to the game through the front gates of a country club.

His introduction came as a boy at a muni. And munis remain central to his life even now.

For decades, Jackson and his crew have pegged it at least once a week on a rotating circuit of publicly owned courses that spans from Monterey to San Francisco and beyond. Most of the players are members of the Bay Area Golf Club, a predominantly Black organization that was founded in 1954 amid a swelling national movement to break down racial barriers in the game.

Jackson serves as president of the group’s local chapter, a post he has held for nearly 20 years. It was in that capacity, earlier this month, that he penned a letter to California lawmakers, urging them to strike down AB672.

“Of course, we know that California has a housing problem,” Jackson wrote. “But the state does not have to—and shouldn’t—purport to fix a housing problem with the misguided gesture of closing public courses.”

Doing so, he noted, “would be a slap at African American and other ethnic minority golfers and would be a death blow to programs like First Tee and Youth on Course.”

Now, on a sunny day at Metro, Jackson took a break from limbering up to speak with me by the putting green. From almost anywhere at Metro, you can see commercial aircraft in the near distance. But directly overhead is the busy flight path for a private airstrip. As Jackson and I talked, a procession of those jets roared in just above us, some surely carrying passengers who perfectly embodied the golfer of Gladwell-ian stereotype.

The scene on the ground marked a stark contrast.

“People think golf’s a rich man’s game,” Jackson said. He was leaning on his putter, glancing around at his regular partners, most of them pensioners in their 70s and 80s, preparing for a day of friendly skins at modest greens fees.

“But that’s not the type of golf we play.”

A golf, food and travel writer, Josh Sens has been a GOLF Magazine contributor since 2004 and now contributes across all of GOLF’s platforms. His work has been anthologized in The Best American Sportswriting. He is also the co-author, with Sammy Hagar, of Are We Having Any Fun Yet: the Cooking and Partying Handbook.

Bani to retire after 50 years in law enforcement