Boris Johnson’s much-lauded trade deal with Australia will cut the price of an imported bottle of a wine only by “a couple of pence”, according to a critical report by MPs, which urged the prime minister not to oversell the benefits of such agreements.

The international trade select committee said on Wednesday that while tariff reductions on processed food and drink could benefit consumers, they were unlikely to make a “noticeable difference” at supermarket checkouts.

Meanwhile, the deal would allow tariff-free food from Australia to be sold into Britain without meeting core UK food production standards related, for example, to pesticide use.

Johnson hailed the agreement with Canberra in June 2021 as the UK’s first big post-Brexit trade deal, with greater freedoms for Britons to work and travel in Australia and various tariffs cut on a range of goods.

But the trade committee called for a full assessment of winners and losers across all economic sectors and nations of the UK from trade deals, highlighting the concerns of British farmers about a lack of protections in some agreements.

Lifting almost all tariffs on agricultural imports was a significant change that could set an “important precedent” for deals with other leading food-exporting nations, the report said. “While the government has sought to cushion negative impacts on the UK agriculture sector with phase-in arrangements, the committee notes farmers’ concerns that these protections are not adequate,” it added.

UK agri-food producers have complained that the deal increases access for food produced in ways that would be illegal in the UK — for example, by using pesticides banned by the London government.

The committee said it was disappointed that the government had ignored recommendations from its food adviser, Henry Dimbleby, and the independent Trade and Agriculture Commission, that liberalisation of agri-food should be conditional on other countries meeting core UK food production standards.

The issue of farmers becoming exposed to unfair competition from abroad was raised in by-elections in Tiverton and Honiton and North Shropshire, where the Conservatives lost to the Liberal Democrats.

The MPs also pointed out that the government has failed to secure protection for UK food and drink brands such as Melton Mowbray pork pies, Welsh lamb and Scotch whisky.

“As a result, it remains legal in Australia to impersonate these products. With such large concessions being given to Australian agricultural imports, the MPs argue this protection for UK exports should have been an easy win,” the report said.

The government’s own impact assessment shows an increase in gross domestic product of just 0.08 per cent as a result of the deal. By contrast, the hit to GDP from leaving the EU has been estimated at 4 per cent by the official Office for Budget Responsibility.

Angus MacNeil, a Scottish National party MP and chair of the trade committee, urged the government to “level with the public” that the deal would not have the transformative effects which ministers would like to claim.

“We have also found multiple examples where the government’s flat-footed negotiating has led to significant concessions being given to the Australians without securing all possible benefits in return,” said MacNeil.

“It is vital that the government learns from this experience and negotiates harder next time around to maximise gains and minimise losses for all economic sectors and parts of the UK,” he added. 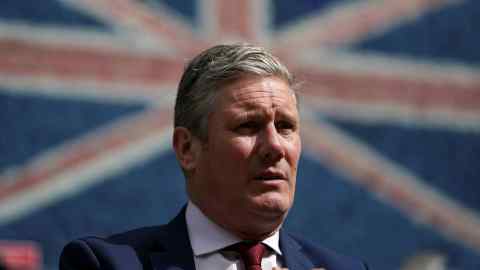 Sarah Williams from the Greener UK coalition of environmental charities said the report “shows the inadequacy of the government’s current approach to trade”, adding: “The UK is rushing into deals with huge consequences for the environment and public health, but without a clear strategy or adequate provisions for scrutiny.”

The Department for International Trade said the trade deal with Australia would “unlock £10.4 billion of additional bilateral trade” and “support economic growth in every part of the UK”.

“We have always said that we will not compromise the UK’s high environmental, animal welfare or food safety standards,” it added.

Destinations Where Travelers Are Headed Now​

Destinations Where Travelers Are Headed Now​