An Air Canada passenger was affected by flight delays and cancellations so severely that he returned home to Vancouver, cancelling his trip entirely.

“I would avoid Toronto completely if I had to connect anywhere because Toronto’s the biggest mess,” said Thach.

He and his friends travelled from Vancouver to Toronto on Thursday, August 4, for a connecting flight to Philidelphia, where they planned to attend a conference.

But when they arrived in Toronto, their flight was delayed and then cancelled.

“That’s where the mayhem happens because everywhere in the Philadelphia area, New York, and Baltimore, just got cancelled at the same time,” said Thach.

“Customer service lines keep growing and growing, it essentially becomes 200 people line ups and there are only two kiosks for the entire section of the airport we’re in.”

“They effectively just tell us to just figure it out, you can’t be booked for today.”

At that time, they had to rebook flights the next day via Air Canada and stayed overnight in Toronto on their dime. 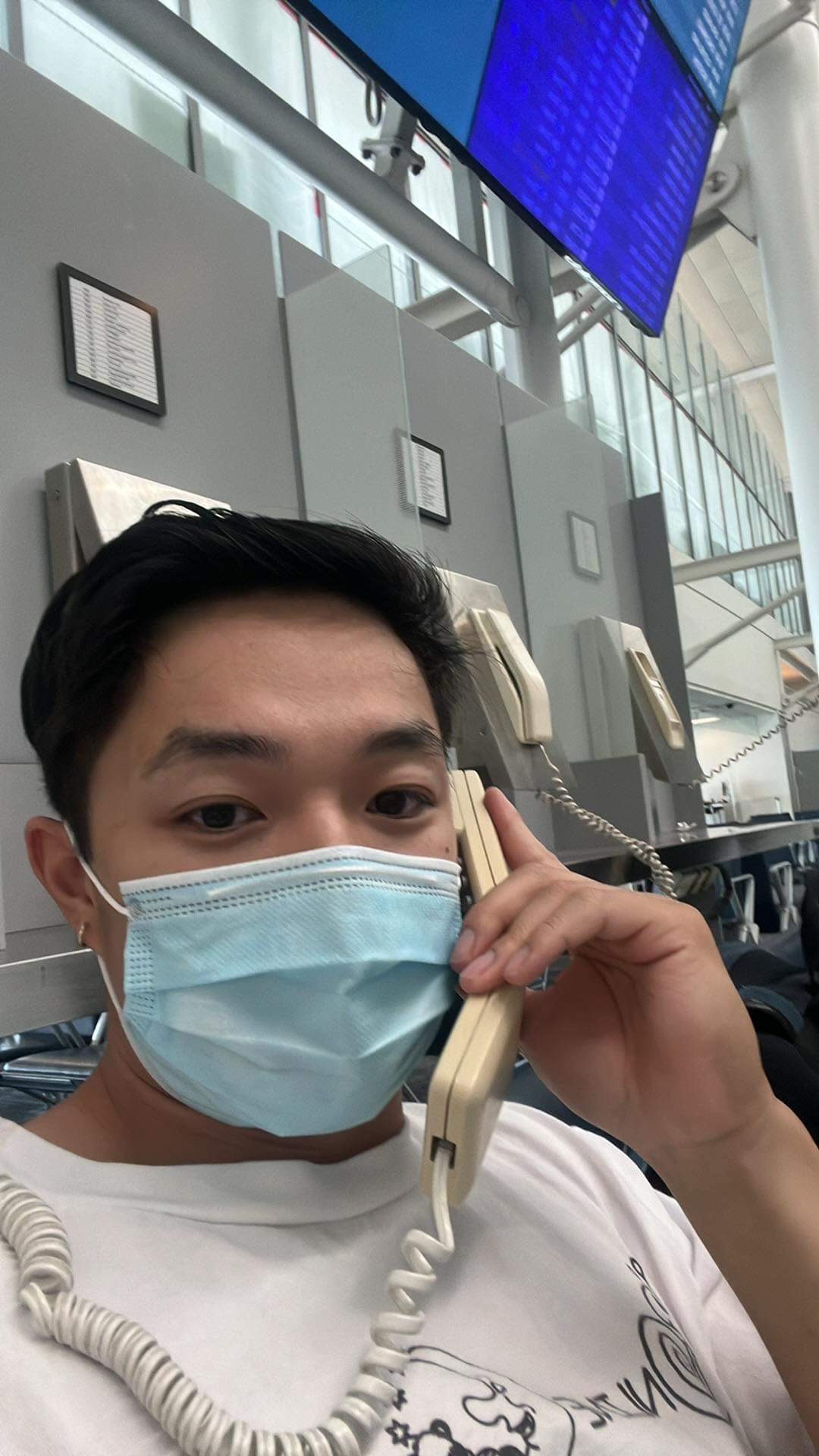 “Then, things got a little wacky,” said Thach.

“The next day we come back to the airport… the same thing happens.”

According to Thach, Air Canada repeatedly delayed the flight in 30-minute increments for various reasons.

“They’re just telling us that a flight attendant isn’t there, and we have to wait for her,” said Thach.

“Another half hour goes by, they tell us this flight attendant’s passport expired or and she has to go through customs all over again.”

Then, he was told there would be another delay because the flight was late. Another delay was due to needing to find a cleaning crew.

“We finally are able to board; we all get on the plane…and then everyone on the plane gets a text saying that the flight has been cancelled.” 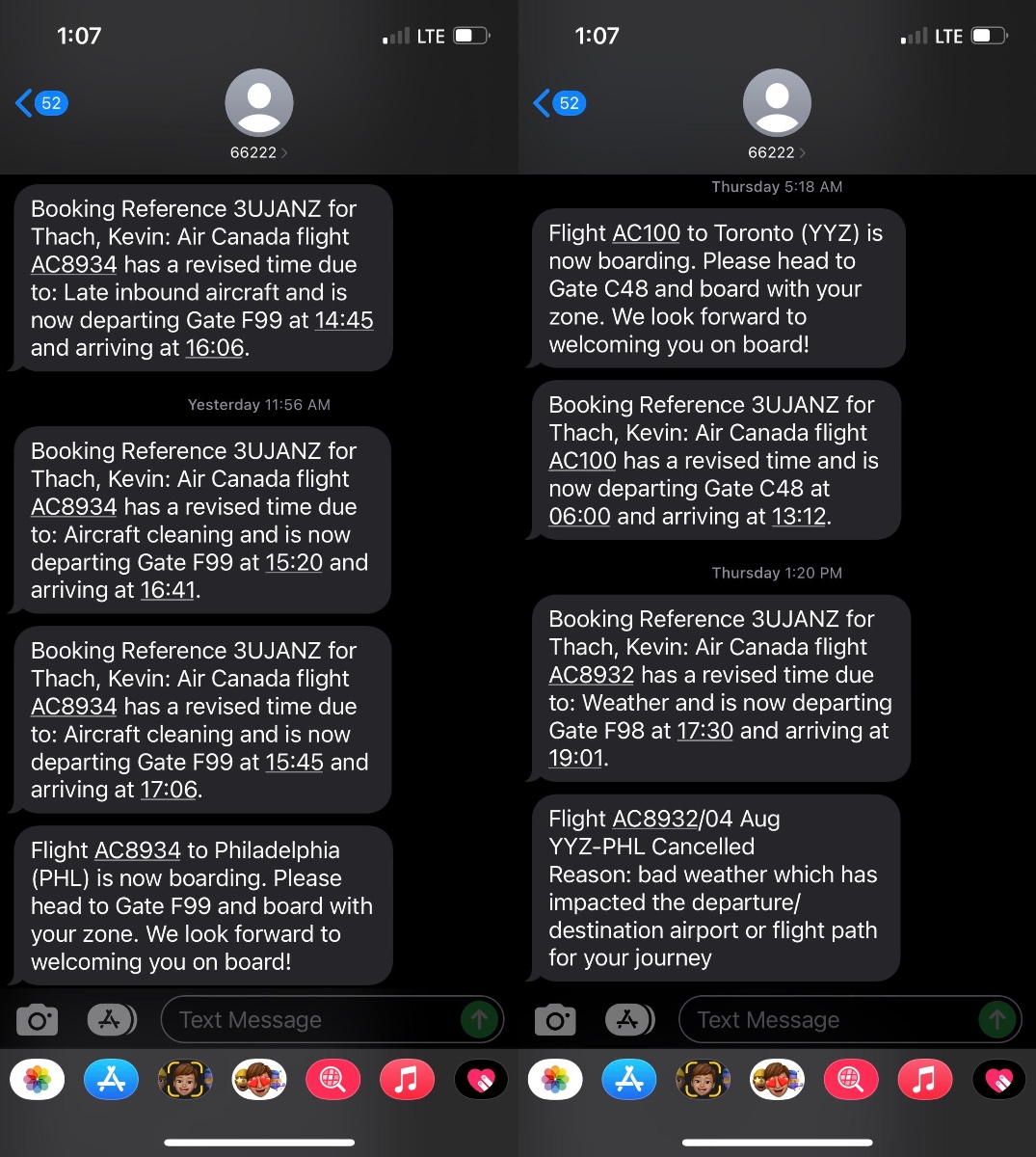 “As like a traveller, we are was just exposed to so many risks and there’s nothing to like, cover us when things like this happen,” said Thach.

He is out the money for his hotel reservation in Philidelphia, too, as he couldn’t get to the city in time for the conference.

Neither Thach nor his travel companions have received compensation from Air Canada for their stay in Toronto.

Daily Hive has contacted Air Canada for more information and will update this story.

Thach is far from the only Air Canada passenger to have had a negative experience at Toronto’s Pearson Airport this summer. However, they are improving in recent weeks with fewer flight cancellations and delays after being considered among the worst airports in the world.

Currently, there are Air Passenger Protection Regulations set by the Canadian Transportation Agency (CTA), which airlines must follow that cover passengers’ rights.

Next month, new Canadian travel rules will be enacted to offer passengers more assistance with cancelled and delayed flights.

Until then, passengers like Thach are stuck waiting to hear back from airlines.

This Coastal Town in Morocco Is Home to Otherworldly Salt Flats, Unspoiled Beaches, and Beautiful Flamingos

This Coastal Town in Morocco Is Home to Otherworldly Salt Flats, Unspoiled Beaches, and Beautiful Flamingos