A little Bangkok in my backyard (or, How to be a local guide without being a local)

COMMENTARY, May 24 — The raucous hum of a dozen conversations going on at the same time, often in different languages. The smoky aroma of meat being grilled over hot charcoal. The hiss of a steaming claypot of vermicelli and prawns, the chattering shake of ice cubes swimming in near orange milk tea.

This could be any bustling soi in Bangkok, with stalls offering a variety of Thai street food, from som tam (green papaya salad) to rad na nuea (flat rice noodles with beef and vegetables).

But no, this is an open air Thai street food eatery in my own backyard. Run by a Malaysian-Thai husband and wife team, the aptly named Bangkok Thai Street Food is run in the hidden alleys of Faber Plaza Centre Court in Taman Desa.

I had known of their existence for some time now (they are located opposite a Japanese open-air BBQ spot, also popular, that I used to frequent) but I have rarely been out for late dinners in recent years. And this was definitely a place that is perfect for a hot supper and a cold beer.

So how did I finally find myself here? Funnily enough, I had just returned from Bangkok on an evening flight. My best bro, He Who Loves Chicken Rice (Almost) As Much As I Do, had picked me up from the airport and we were looking for a late night bite when he thought of something in my own neighbourhood.

Presumably he also thought it would be hilarious to bring me here: from Bangkok to “Bangkok”, all in the span of a few hours.

I certainly wasn’t complaining. The food was tasty and authentic: from the hot-from-the-grill moo ping, the skewers of juicy pork just the right level of sweetness, to a platter of sai krok Isan (North-eastern Thai fermented sausages).

Given the hour, I was famished. So some bedtime carbs were much desired. I enjoyed these in the form of my favourite Thai dish – pad krapao moo sap, stir-fried minced pork with holy basil atop hot steamed rice, with a perfect Thai-style sunny side up or khai dao. Mid-meal, I received a message from Ice, my Thai friend. (His real name is Nitipon Naopradit but every Thai has a nickname… cultural differences can be very adorable.)

ICE: My Hong Kong friends are here and I don’t know where to bring them.

ME: Thai food, I suppose, which is probably what your friends are interested in.

ME: Your best option is probably Kub Kao Kub Pla in Terminal 21, since you’re there.

ICE: Oh, there’s a KKKP there?

ICE: You deserve it! Even I still need to ask you! 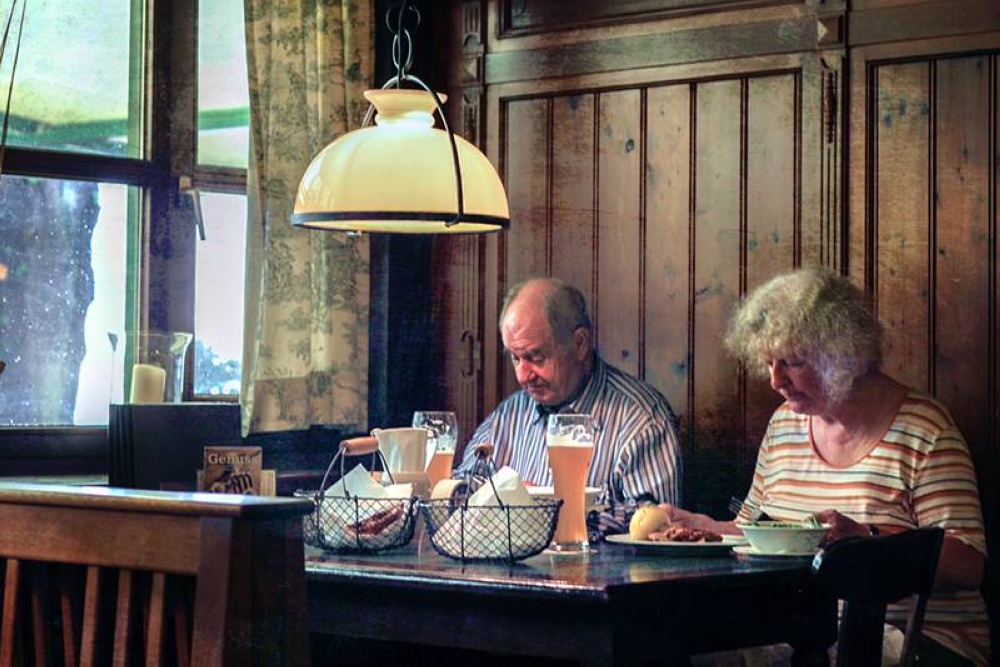 You don’t have to be German to know which Bavarian tavern is favoured by the locals.

The above conversation may sound like a not so subtle dose of humblebrag but honestly points to a greater truth: Sometimes the best local guides aren’t locals at all.

Whether it’s me taking years to discover a wonderful eatery in my own backyard or my Thai friend asking for restaurant recommendations in his own city from his foreigner friend (admittedly one who is a big fan of the Thai capital’s food scene), we often know more about places we visit than places we live in.

Part of that stems from the novelty bias. City A is a new place to us or one that we rarely get to visit, unlike City B which is our home base.

So we are more likely to do our research and hunt down the best spots for eats, be it a hole-in-the-wall izakaya that serves stellar yakitori or a Bavarian tavern that gets its beer supply directly from the monastery on the nearby hill.

It’s a pattern I have often seen repeated over the years. When studying in Munich (what seems like a lifetime ago), I recall bringing a group of Japanese engineering students – in town but for a week as part of an exchange programme – to my favourite spots for bratwurst and Brezen (pretzels) or show them how to pour a frosty Weißbier (tip: the right beer glass is crucial).

I was no German by any means but it felt good to share the things I have found and learned to love with others who might appreciate the same.

Speaking of Japanese students, I recall my first visit to Tokyo when my Japanese friend Satomi (whom I met years prior when we were student debaters) brought me to a Michelin-starred oden restaurant. 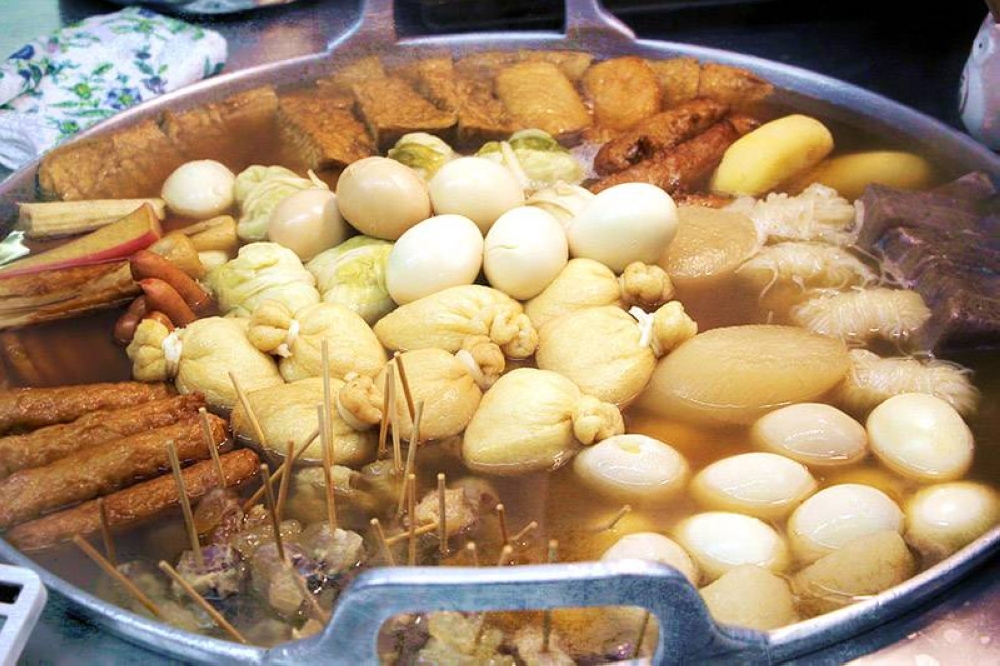 My Japanese friend Satomi used a guide book to look for the best ‘oden’ in Tokyo.

She found the place from a Tokyo guide book; it was very sweet of her to have taken the trouble to look for something that was both new to me and that I would enjoy.

Fast forward another year, and I’m back in Tokyo. This time it’s my turn to bring her around. We went to a part of Tokyo that she hardly visits, Sangenjaya. First a café that focused on siphon brewed coffee, and then next to a neighbourhood coffee roaster.

Perhaps being a local guide has nothing to do with being a local and more of a deep interest in exploring. Getting out of our comfort zones (travel will do that) and experiencing new things. This Japanese barista was bemused to learn that a Malaysian brought a Tokyoite to her roastery-café in Sangenjaya. 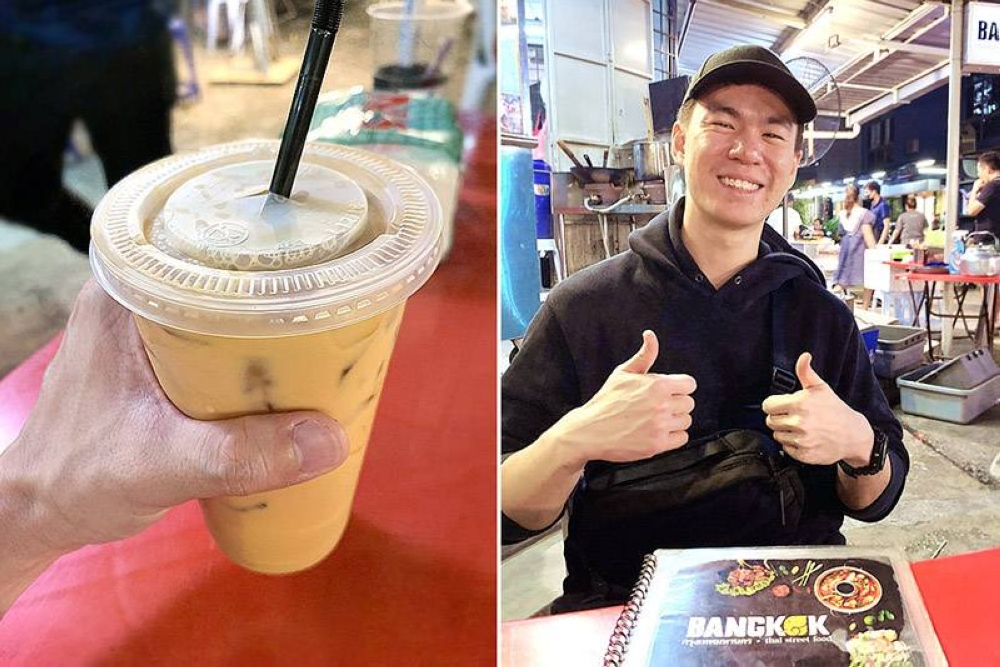 Thai milk tea and a good friend to share good food with you… sometimes in your own backyard!

Or perhaps it has plenty to do with the sheer joy of spending time with people you love, in showing them what you have discovered and to see if they like that too. We seek affinity; it’s part of our very human condition.

I’m pretty sure my Norwegian pal Ernst knows some parts of KL (such as Cheras where his Malaysian wife grew up) better than I do. When he speaks English, he uses “lah” liberally.

Is that embarrassing, for me? Why should it be? Isn’t it an honour to have someone bring you around in your own hometown or your own neighbourhood, and help you see it anew, with fresh eyes?

That is a privilege, that is a very blessed life. And life with good food and even better friends is the most blessed of all.

Americans Care More About Travel Companions Than Their Destination

Americans Care More About Travel Companions Than Their Destination