A brief break before the next weather system marches towards WA delivering another round of rain and wind!

Seattle – Happy Tuesday! Certainly, feels like Fall with our showery skies and cooler temperatures.  Highs today only finding their way into the upper 50s to low 60s again. 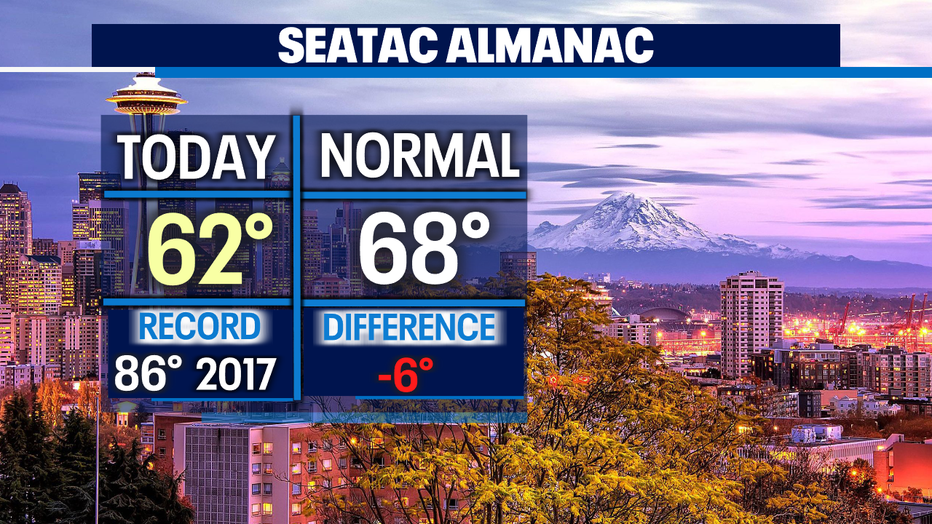 Expect mixed skies overnight…. some areas clearer than others and we can’t rule out a stray thunderstorm popping up.  Lows drop into the upper 40s to low 50s. 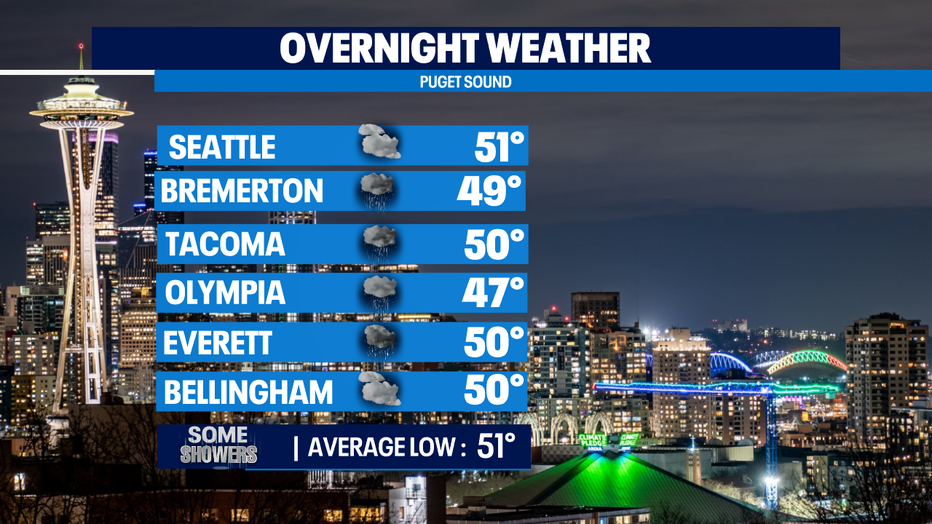 Another system will start to make its way into the region starting Wednesday.  As the front arrives winds will pick up becoming breezy to gusty at times followed by widespread rain.  Once the system passes skies will open back up for some early Autumn sunshine and warmer temperatures. 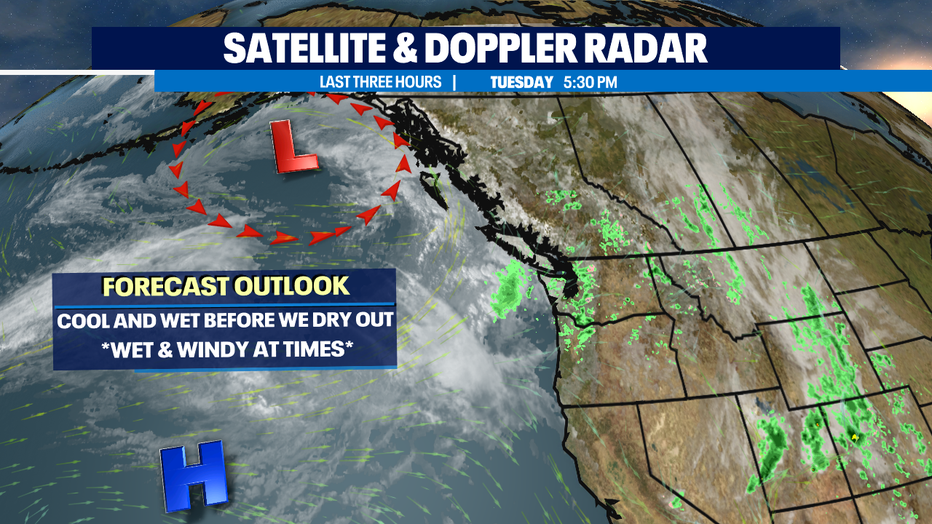 Futurecast models keep most of the heavy rain tomorrow over the NW WA coast and the Olympics, although some areas inland, like Whatcom and Skagit Counties will see light to moderate showers. 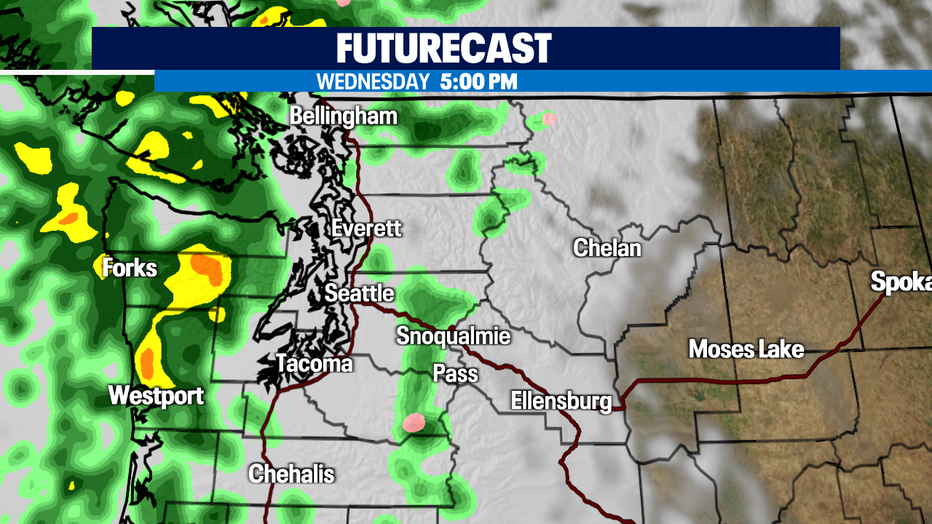 By late Wednesday night early Thursday the brunt of the storm moves across Puget Sound.  The heaviest downpours start around 8am for for the North Sound spreading from the Island to the Cascades. 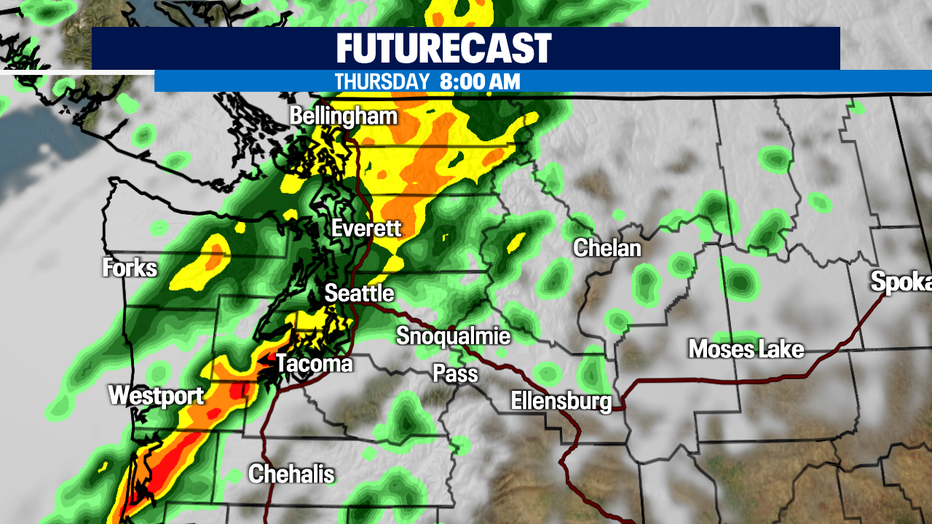 Just after lunch the swath of moistures tracks to the SE riding over the mountains.  Snow levels will knock off down to 5,000ft with heavy rain at the passes. 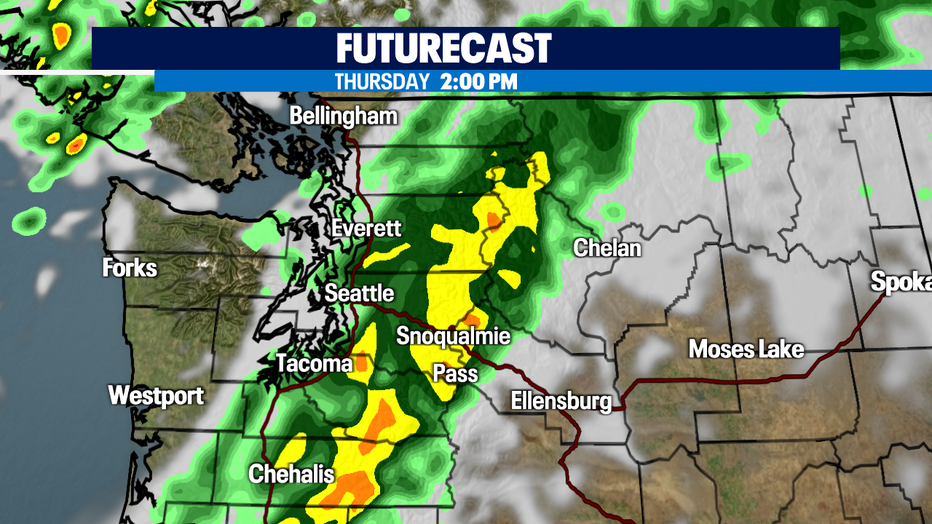 With so much rain falling at a rapid rate roadways will be overwhelmed with water on the pavement.  Allow for extra time time when traveling as ponding will happen in many areas, especially across the passes.

And if you’re already tired of the Autumn showers there is good news coming your way for the weekend!  Look for partly to mostly sunny days starting Friday! Highs will rebound and jump into the 60s and push near 70 by Sunday. Enjoy! 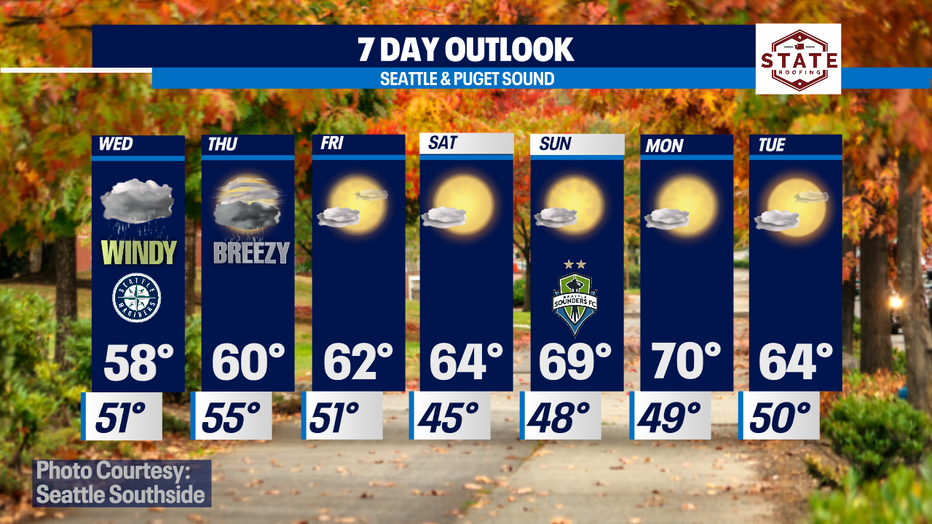 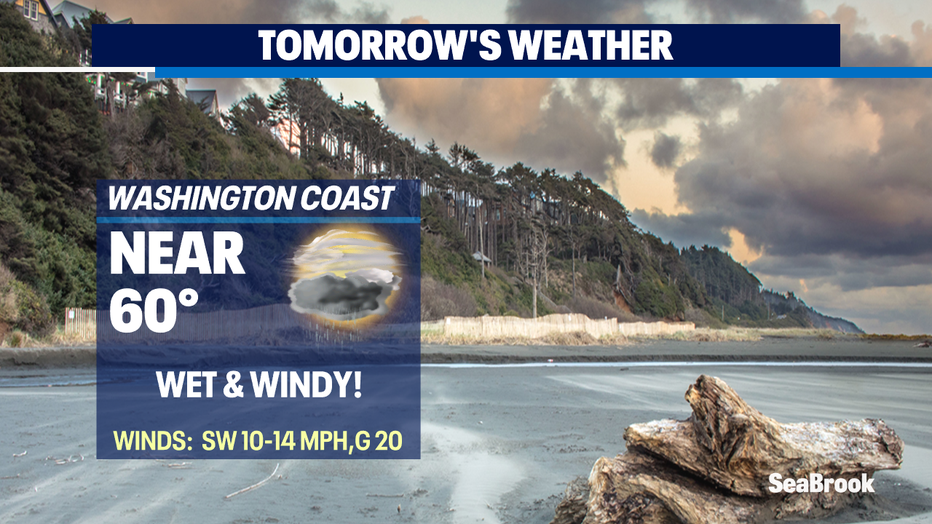 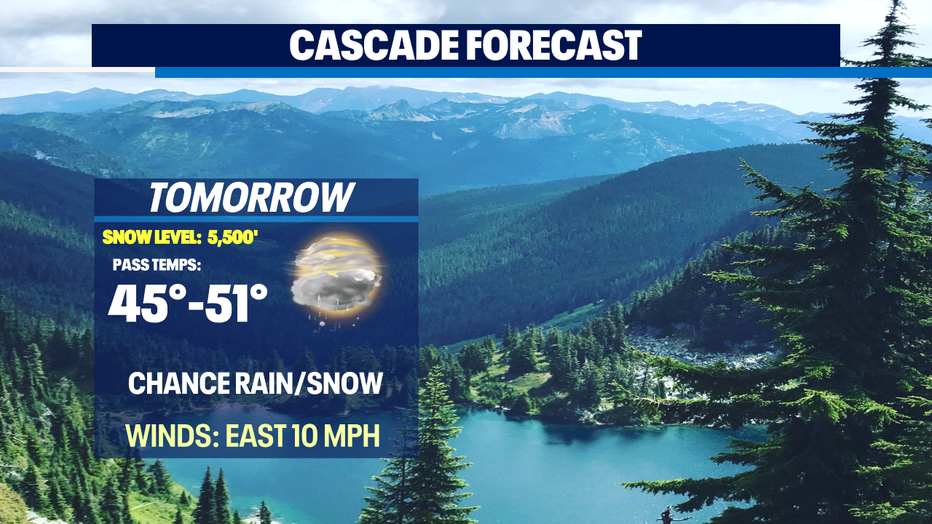 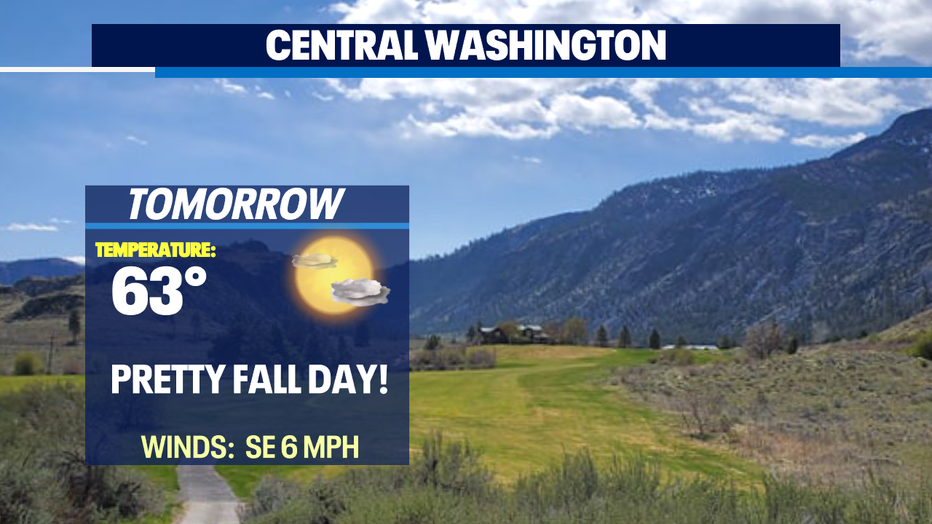