That’s it for this month’s public holidays, but these seven drink events from 18 – 30 April 2022 in Singapore might keep you going until the next one.

This year’s Asia’s 50 Best Bars awards will be announced soon, and a number of guest shifts are happening in Singapore before the ceremony next week. One of them takes place at MO Bar, where John Nugent of The Diplomat Hong Kong will be on deck, while Jigger & Pony hosts two bartenders from Milan’s Camparino in Galleria. Highly lauded bartender Erik Lorincz will be taking over Republic for an evening of high-brow drinks.

Travel across premier French wine regions through a wine flight at the Oakwood Premier’s Se7enth restaurant, then head over to Bochinche for their Japanese beef and sake nights. Diners also get to explore offcuts of Australian lamb during two evenings with chefs from P&C and Salted & Hung, then do it doggy-style at a canine fundraiser with The Kongsee and Bulldog Gin. See below for more. 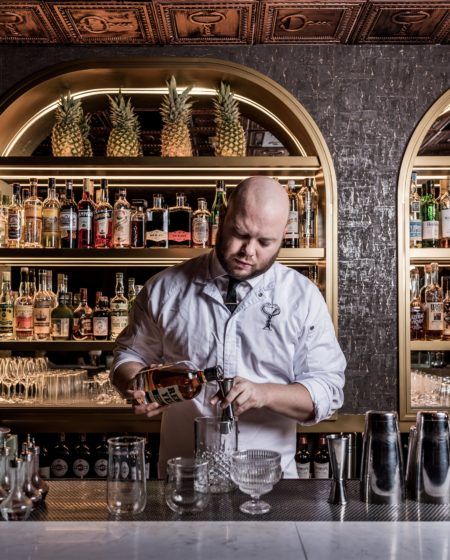 On 20 April, MO Bar turns into the embassy for Hong Kong bar The Diplomat. Known for their American-style classic cocktails, founder John Nugent will be behind the stick as he serves four drinks including Blinker Highball and Bitter Boracho (all cocktails are priced at S$24++ each). Nugent will also host a masterclass on 21 April where he will share how he propelled The Diplomat to the 20th best bar in Asia. 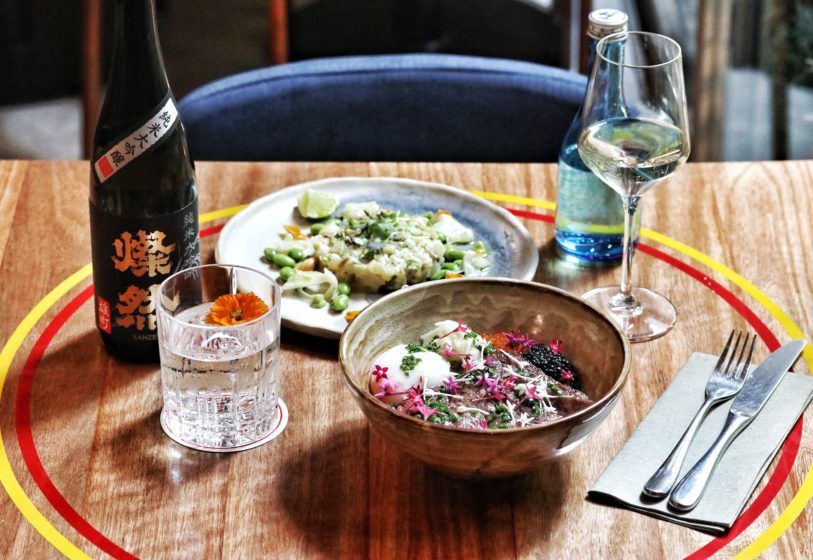 Argentinean steakhouse Bochinche is looking across the Pacific for the first of five bi-monthly special dinners called Sear The World. Japan is the first country to be featured, and the three-course dinner (S$160++) combines Japanese ingredients with Latin American techniques. There’s a Yellowtail Ceviche with Edamame and Yuzu, followed by an A4 Japanese Wagyu Don over risotto. Dessert is Green Tea Lava Cake with Sakura Ice Cream, and an optional sake pairing (S$60++) adds another dimension to the meal. 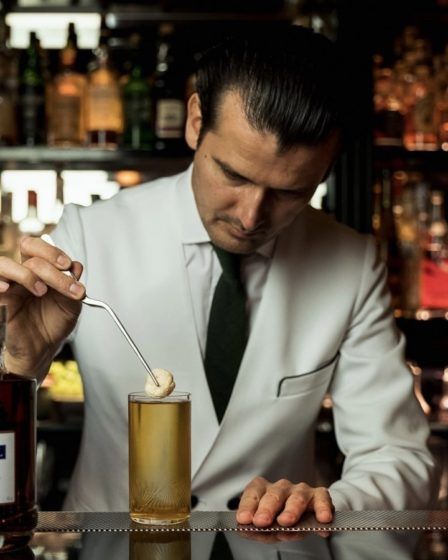 Republic is celebrating their first anniversary with a guest shift by Erik Lorincz. The award-winning bartender and founder of London bar Kwant (31st in the world) will be on station to serve five signature cocktails, from an artichoke and sherry highball (Wild Sunflower) to an Old Fashioned with pecan and chestnut (Michael&Peter). Drinks are S$25++ each. 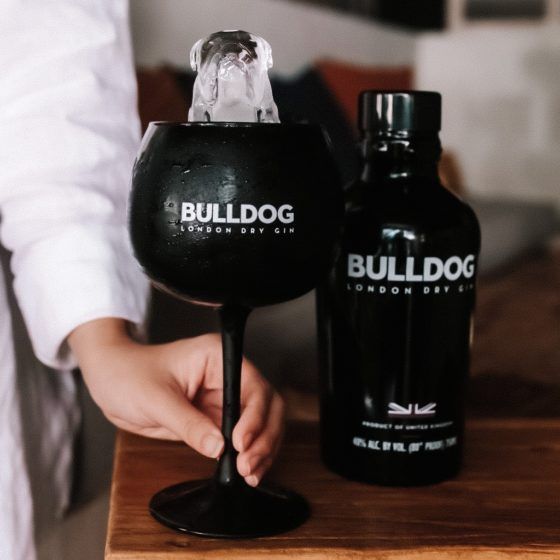 21 April: International Bulldog Day with The Kongsee and Bulldog Gin

Get bulldogging for a good cause on 21 April when Telok Ayer bar The Kongsee teams up with Bulldog London Dry Gin for International Bulldog Day. The pet-friendly event at Duxton Plain Park will offer cocktails such as Fizzy Rose Gimlet (complete with a bulldog-shaped ice) and beers from Heart of Darkness, with all proceeds going to Save Our Street Dogs (SOSD) Singapore. All cocktails are $15 nett. 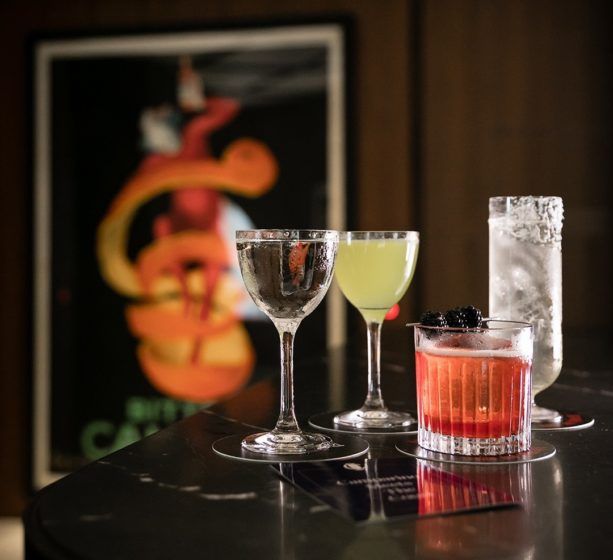 It’s aperitivo hour all night long as Jigger & Pony plays host to Milan bar Camparino in Galleria on 24 April. Voted the 27th best bar in the world last year, head bartender Tommaso Cecca and bartender Saverio Casella will be taking over the Singapore venue for an evening of cocktails (S$28++ each) featuring the iconic Campari bitter liqueur. 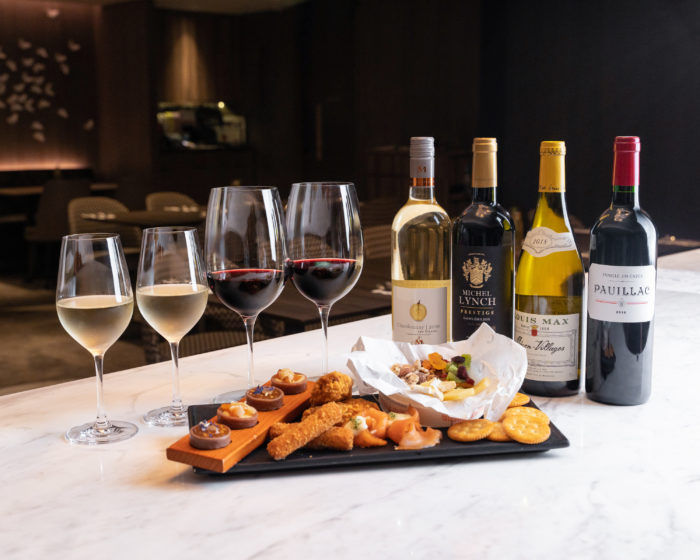 Oakwood Premier’s Se7enth restaurant is serving a tasting flight of French wines from some of the country’s best appellations. It starts off with a glass of Marrenon Chardonnay Les Grains ‘20 from Rhône, followed by a 2018 white Burgundy from Louis Max Macon-Villages. Then it’s onto two Bordeaux reds: a 2018 Saint-Emilion from Michel Lynch Prestige and a 2016 Pauillac by De Lynch-Bages.

The flight comes with snacks including cheeses, dried fruits, nuts, biscuits smoked salmon, crispy chicken drumlets and assorted tarts. The wines and food are served as a set (S$165++) and is good for two. 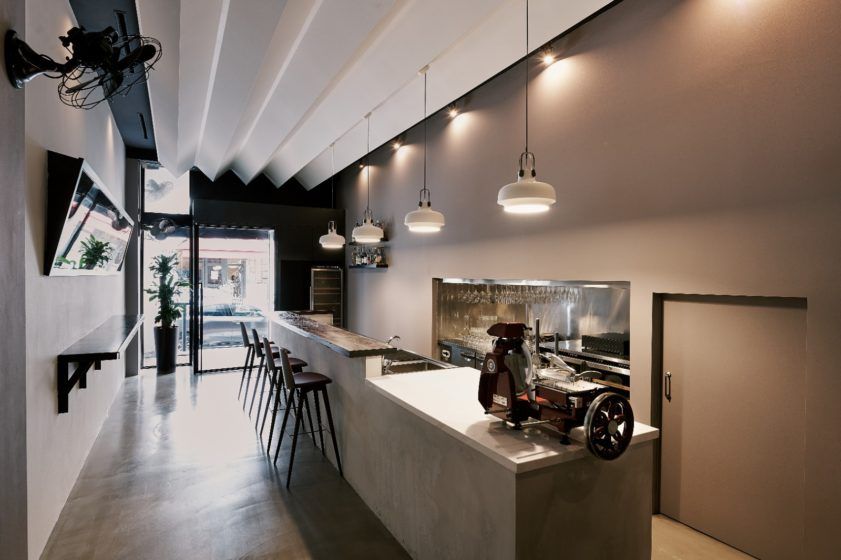 Explore every edible part of the lamb at this four hands dinner on 26 and 27 April. Hosted by chefs Peter Smit and Drew Nocente of P&C at Low Tide and Salted & Hung respectively, they’re serving a nose-to-tail Australian lamb experience with a focus on zero food wastage. Dinner (S$168++) will take place at each of their restaurants with an optional cocktail pairing (S$60++).