2021 saw fresh approaches to course design, so try something new

Want to have fun? Maybe the most you’ve had in a long time on a golf course? Try something completely different.

The whole point of golf travel is experiencing different things. New-to-you courses, fresh scenery, extreme challenges. As golf travel continued to reopen then boom throughout 2021, more and more people took to the roads and climbed into airplanes to see something different. Many top resort courses and other acclaimed destinations have been packed and will remain so throughout 2022, if industry bookings hold up.

Of course, traveling to play new courses, in itself, isn’t new. What’s even better these days are entirely new types of golf experiences. When I flashback to some of the best layouts I played in 2021 – and there were plenty, more than 85 courses – many of the standouts involve a very different game than 7,000 yards with a par of 70, 71, or 72. 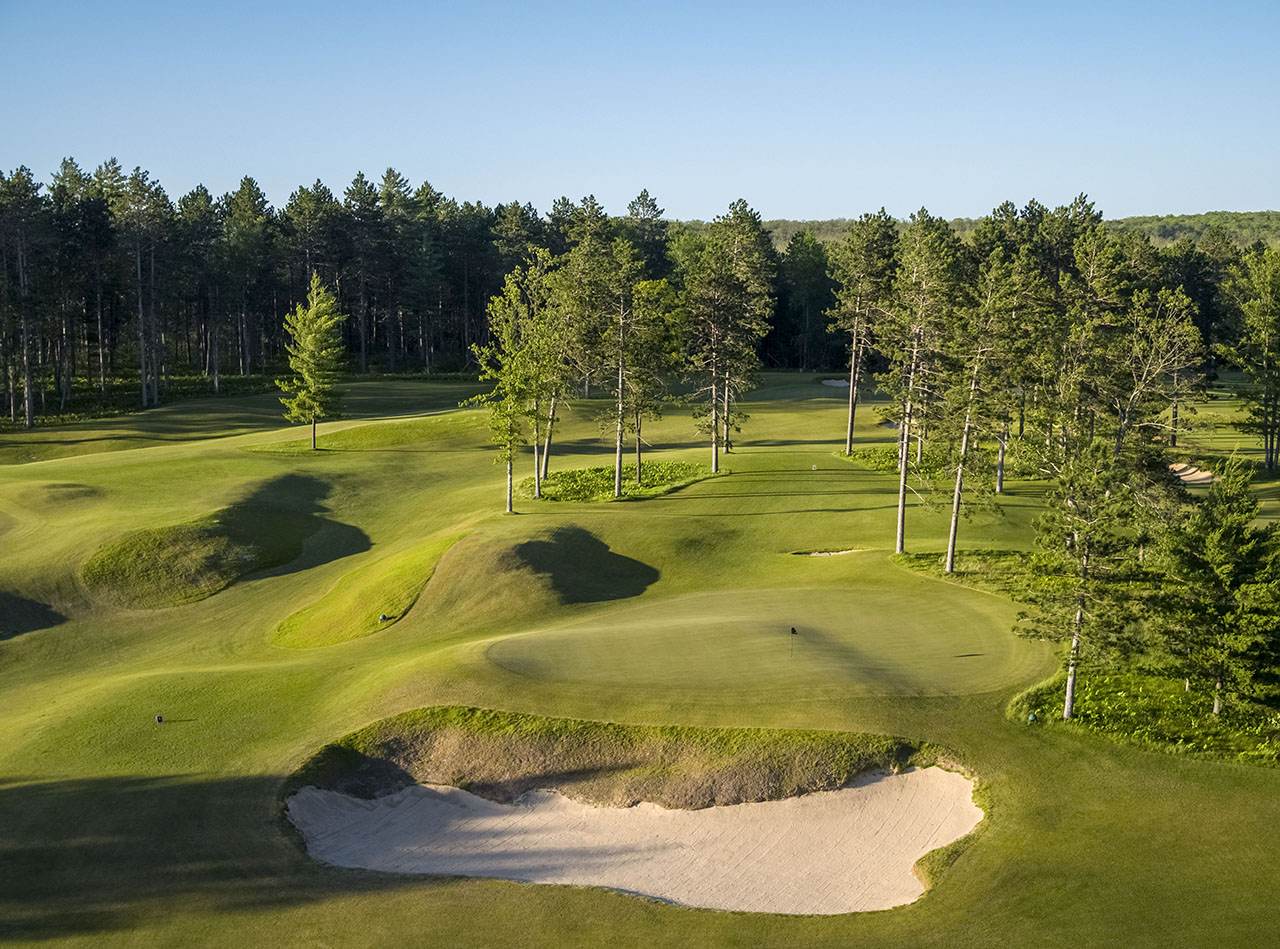 I loved sharing stories and photos of Gamble Sands’ new QuickSands course in Washington and the recently opened Bootlegger at Forest Dunes in Michigan, both of them par-3 courses that I laid eyes on for the first time in 2021. These types of layouts offer gobs of fun and tackle those three aforementioned golf problems head-on, presenting fast loops with less cost for both the players and resort operators without using anywhere near the land or water required for a traditional 18-hole course. Both layouts present a win-win-win situation.

Designers Keith Rhebb and Riley Johns built the Bootlegger on a small, undulating parcel adjacent to Forest Dunes’ clubhouse, offering the chance to grab a few drinks and stroll into the woods with a couple of wedges, a putter, and a grin on your face. There are bank shots, possible tees shots with a putter, extreme greens that wouldn’t work on a long par 4 but that elicit plenty of whoops from eightsomes on a par-3 course where total score doesn’t really matter. The resort offers two highly ranked 18-hole courses – the Loop by Tom Doak and the eponymous Forest Dunes by Tom Weiskopf – but it would be a mistake to miss the Bootlegger. 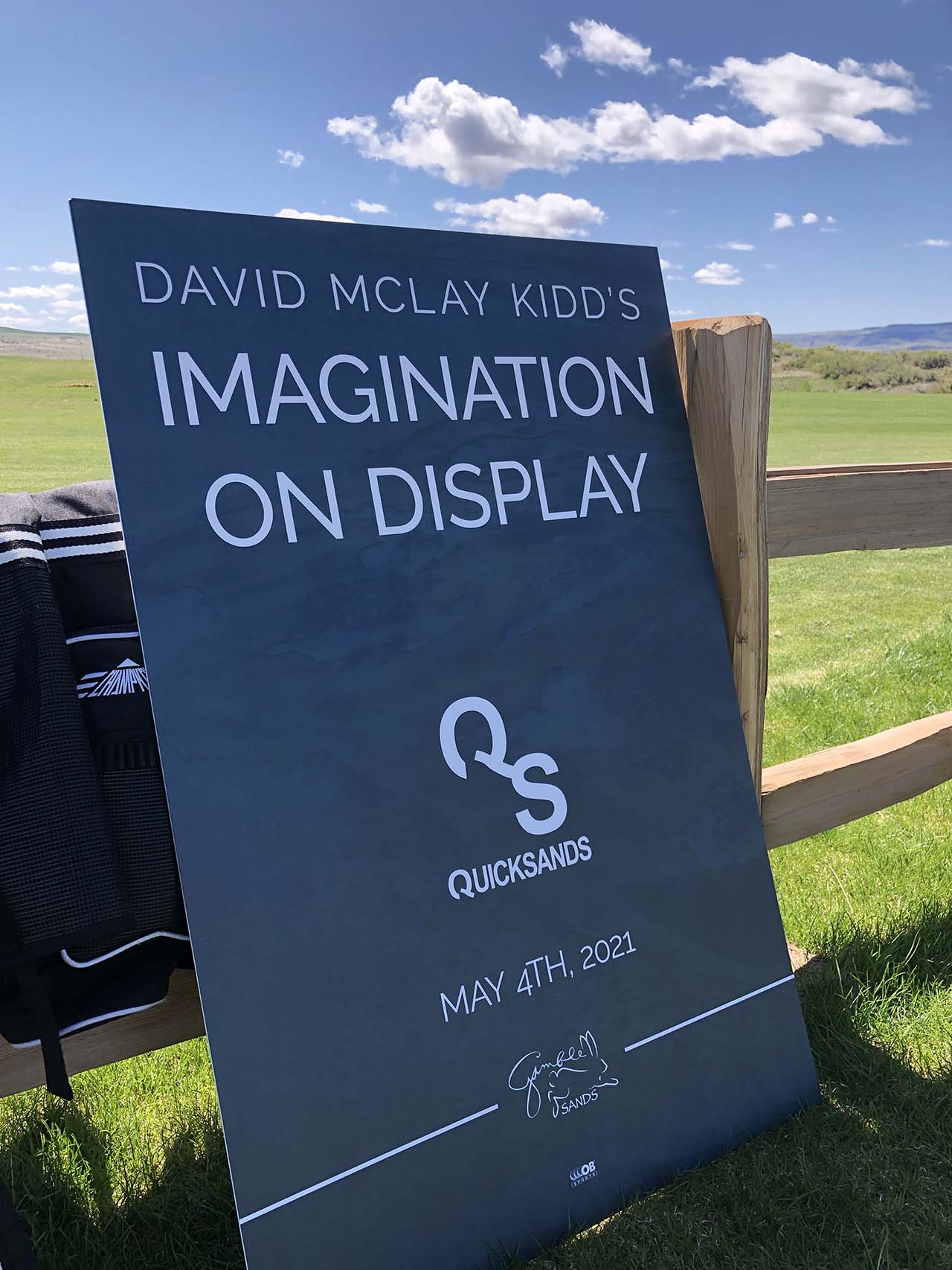 A sign leads the way past the range at Gamble Sands to the new QuickSands par-3 course. (Jason Lusk/Golfweek)

It’s a similar story at Gamble Sands, where David McLay Kidd took an almost unworkable dollop of sandy slopes and fashioned QuickSands, certainly among the most bouncy, erratic, and fascinating par-3 courses to be found anywhere. On many of the holes, it’s best to aim far away from the hole then watch as dramatic landforms send the ball rolling back toward the cup. The opening hole is named Plinko in honor of a “The Price is Right” game in which small discs tumble between pins, and it’s the same at QuickSands as balls rebound off a steep hill behind the green, inevitably cascading onto the putting surface through funneling terrain and perhaps to a stop near the flag. It’s a radical example of playing golf along the ground, and it’s incredibly fun.

It’s all part of a trend in recent years with resorts introducing fun and fast par-3 alternatives. Don’t have time or the energy for a second 18 during a stay at a resort? These little layouts are a perfect way to fill an afternoon, and there’s a great chance you might enjoy the small courses just as much or even more as the big tracks. 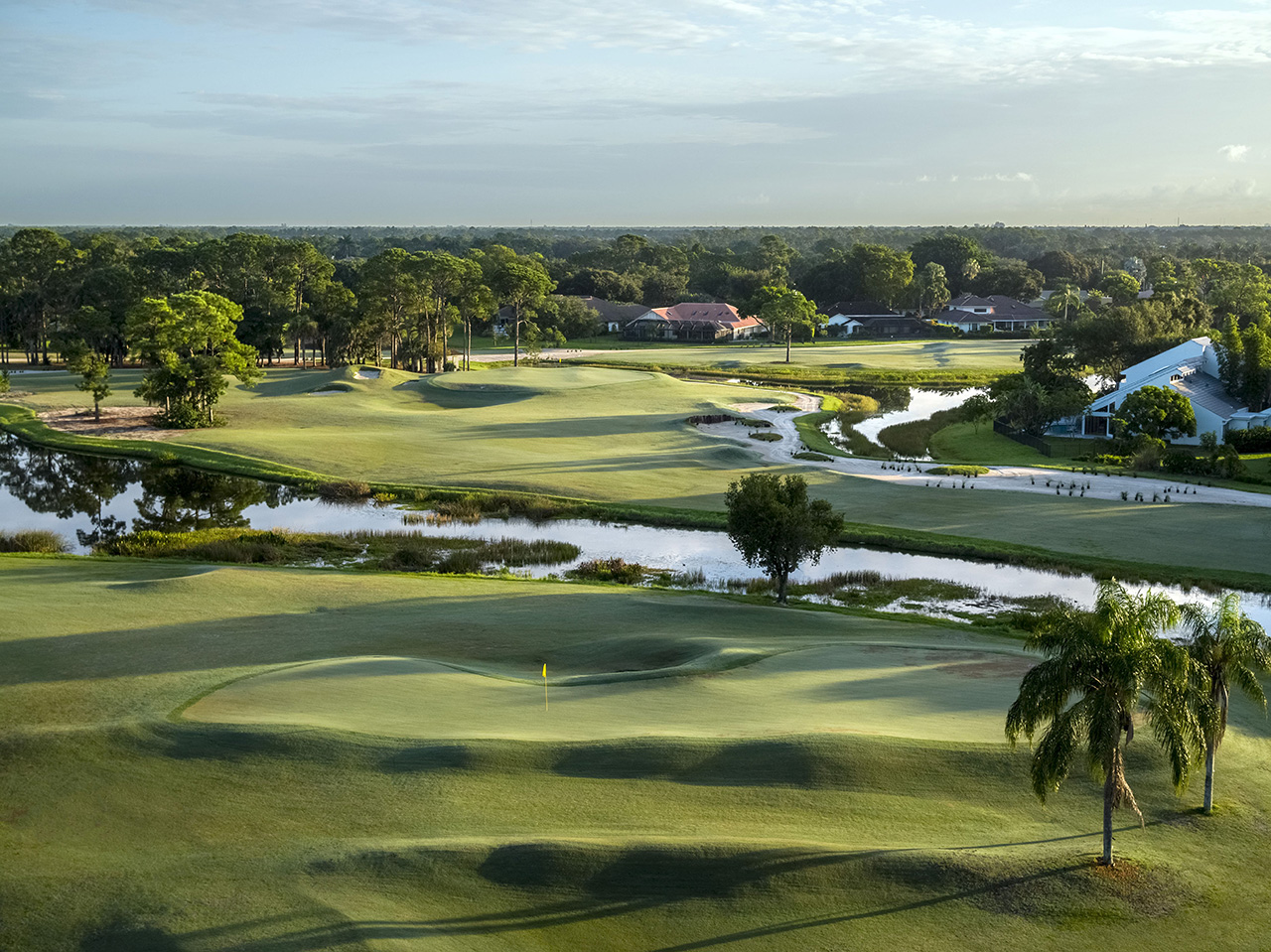 Short is also in large supply at PGA National in Florida, where architect Andy Staples converted the former and traditional 18-hole Squire course into a new par-3 layout and, on the rest of the land, the brand new The Match short course. PGA National has plenty of big golf, including The Champion, which each year hosts the Honda Classic. Staples went a completely different direction with The Match course, constructing runway tees that allow holes to be played at a variety of lengths. One example: Golfers can opt to play the 17th at 404 yards or 244, or anywhere between, and the resort encourages players to mix it up. Don’t confuse it for just playing the traditional forward tee markers – there are none. 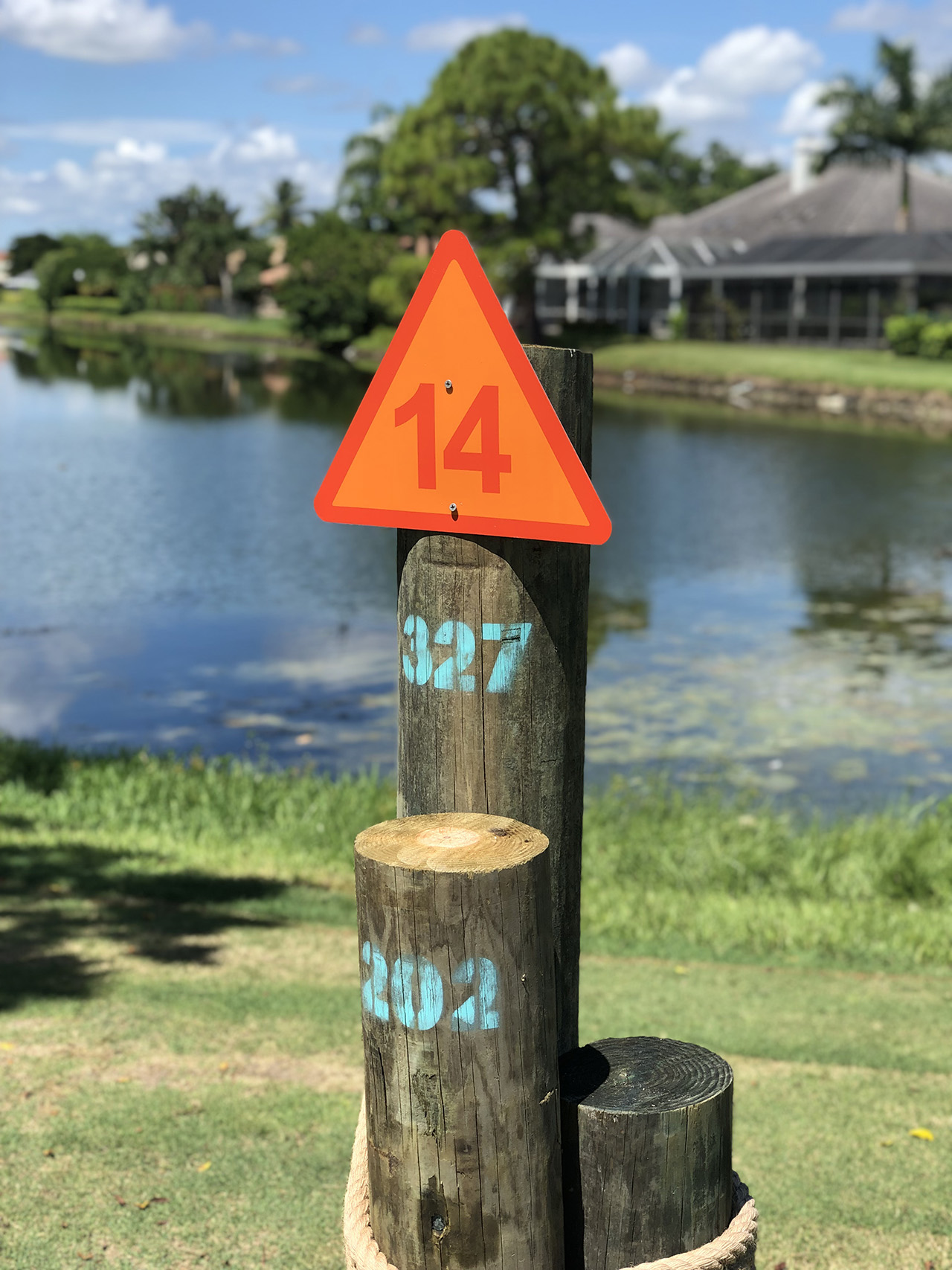 The tee markers for The Match course are designed to mimic nautical channel markers, with the hole number in the red triangle and the range of playing distances below in green. (Jason Lusk/Golfweek)

In the place of those traditional tee markers are 18 opportunities to call your shot in a match-play format. There’s a risk some players will gravitate toward the back of the tee box to play The Match at its full length and still tally their scores after the round, but that would be missing the point. It’s so much more interesting to utilize the full range of yardage on a layout that stretches from 3,447 yards to 5,841.

Each of these courses mentioned takes traditional golf, grabs the best parts, and reshapes the game into something new. And such an approach is possible even on full-size courses, as evidenced by several of the courses I played in 2021. 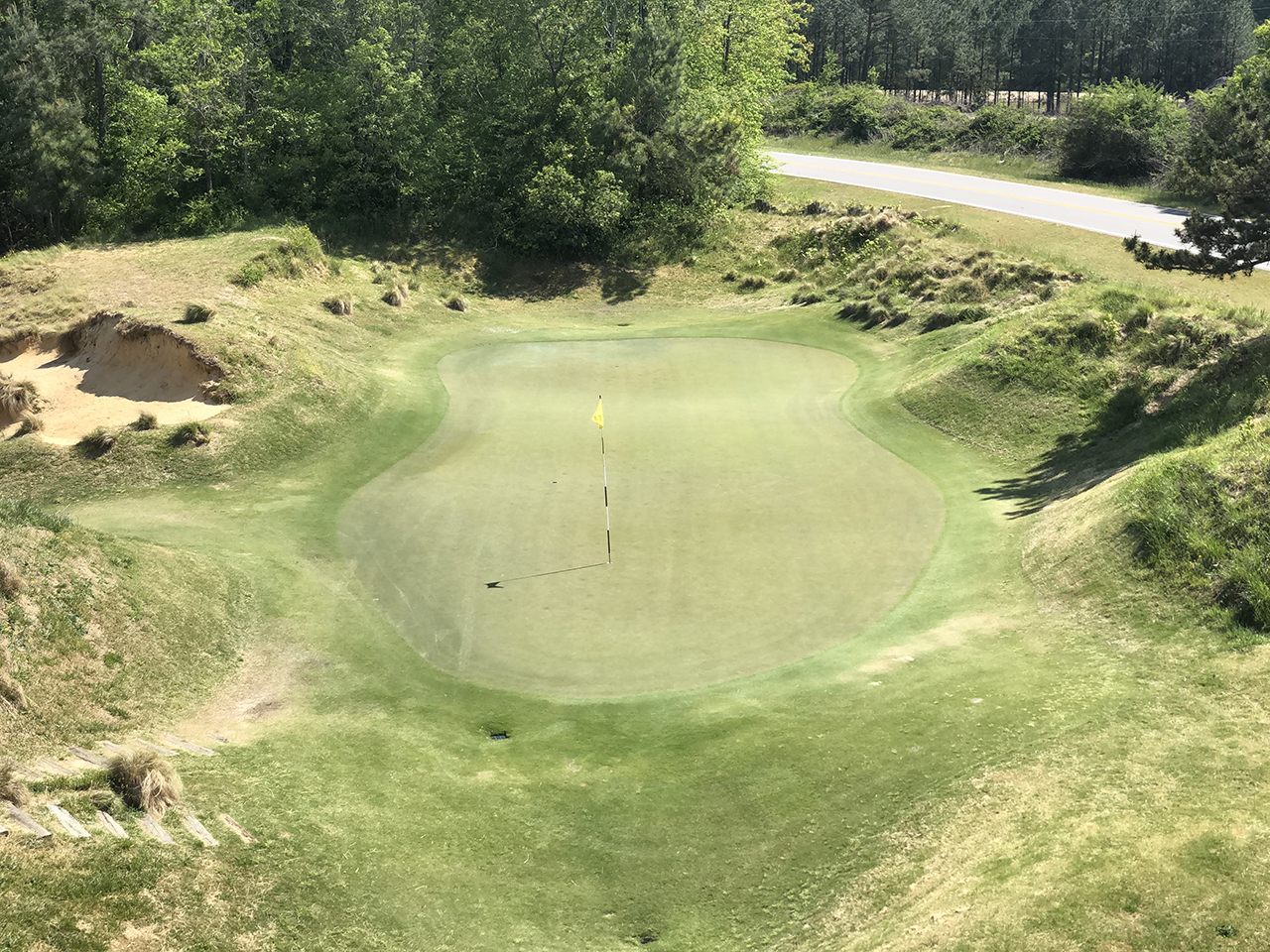 The tiny 13th green sits in a bowl at Tobacco Road in North Carolina. (Jason Lusk/Golfweek)

Not all the big ideas I saw were brand new – some are creative enough to remain fresh for years. I revisited Tobacco Road in North Carolina, and even though that sometimes crazy layout has been on the ground for decades, Mike Strantz’s take-down of traditionally shaped golf holes never fails to captivate. It was meant to be different, very much so – the Sandhills region around Pinehurst already had enough classically beautiful golf when Strantz went to work. It’s another imaginative example of different being good, and not just for the sake of being different. Some people love the extremities of Tobacco Road, others not as much, but it never fails to elicit a response. It’s impossible to imagine anyone walking off that golf course with a shrug and an “Eh.”

It’s much the same at two other courses designed by Kidd, who experienced what he described as a come-to-Jesus moment a few years back in which he reversed course and decided to build with his focus on fun instead of difficulty. Two perfect examples I played in 2021: Mammoth Dunes at Sand Valley in Wisconsin and the aforementioned Gamble Sands. Both are relatively new, and each offers plenty of crazy bounces, fast-playing surfaces, wide fairways, and oodles of angles. I didn’t score particularly well at either, which demonstrates my own need to break out of traditional golf-think more often – both these 18-hole layouts will slap the aerial-only approach to golf right out of your head. They’re a blast.